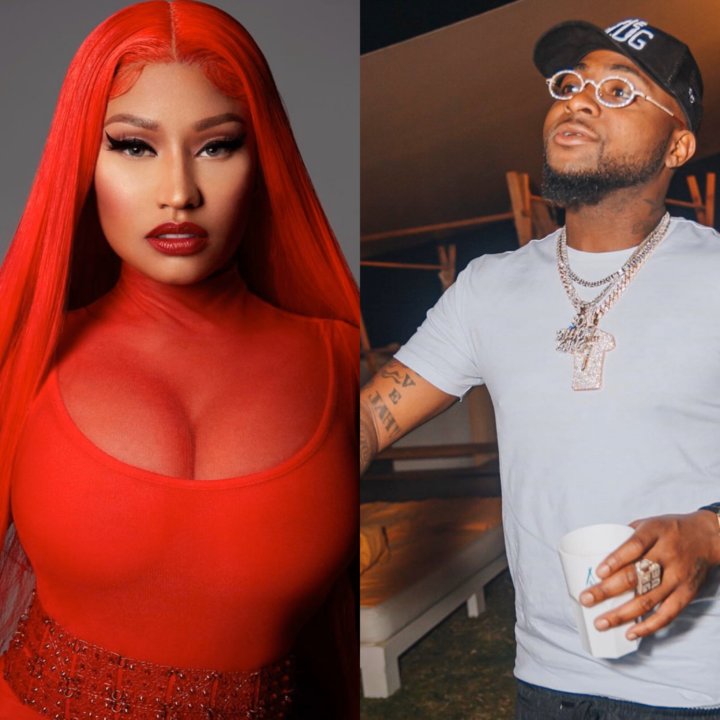 Nigerian singer-songwriter, Davido is still making big strides in his music career as superstar just announced that he has a song with American rapper, Nicki Minaj which will be dropping soon.

This announcement was made on Twitter by Davido on the 2nd of May, 2020 where he also announced that it was produced by Speroach. 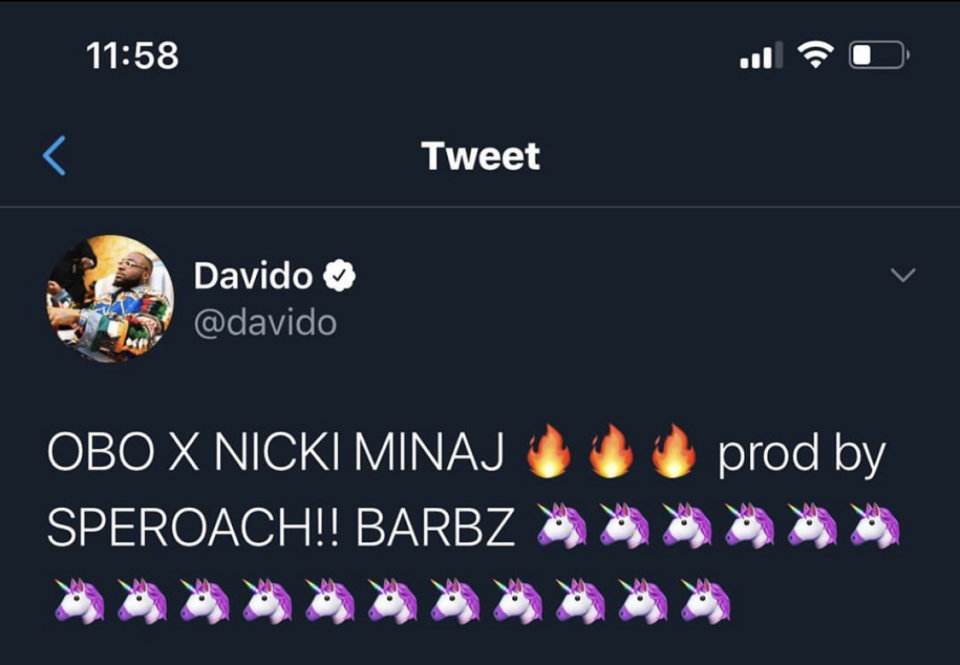 He also posted the tweet on his Instagram page where he excitedly thanked Nicki Minaj for being a part of the project.

You’ll remember that in 2019, Davido had released a hit record ‘Blow My Mind’ with top American artiste, Chris Brown, and till date, the song is still a club banger and a show stopper and he also recently released a hot jam, Dolce and Gabbana with Summer Walker.

This news has been positively reacted to as fans express their trust in Davido who continues to make the African continent proud with his international collaborations.

See The Record Wizkid Achieved 4 Years Ago That Nicki Minaj Just Achieved
“I admit that Davido’s song with Nicki Minaj is bigger than the whole Made In Lagos album” – Wizkid’s fan says
American Rapper, Nicki Minaj pens-down emotional tribute as she officially reveals her son’s identity for the first time |photos
Mr. Eazi And Nicki Minaj To Feature In A New Song