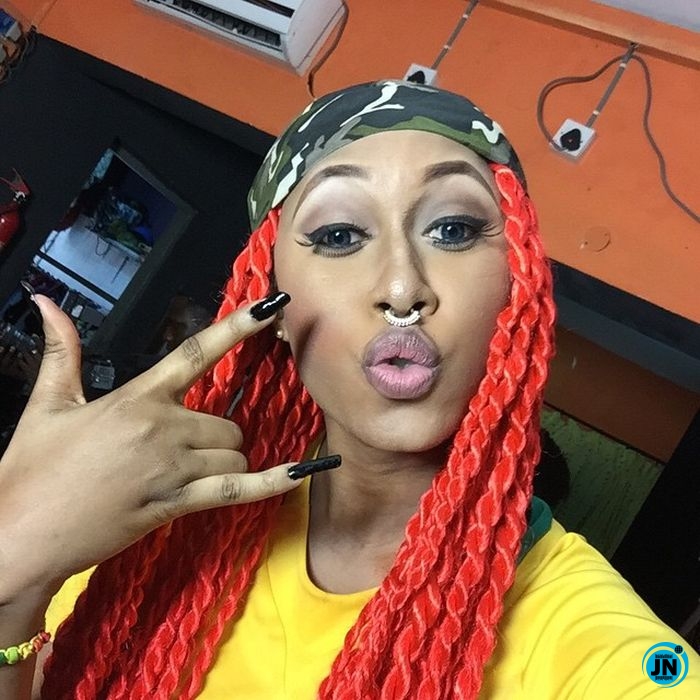 It appears the rift between popular Nigerian songstress, Cynthia Morgan and her former record label boss, Jude Okoye isn't over yet.

As The songstress, has taken to her Instagram page to yet again, to beckon on him (Jude) to pay up the money he owes her.

Cynthia Morgan in one of her insta-stories, added her account details on it, for the attention of her ex-manager should in case he doesn’t have it anymore…

See her posts below, 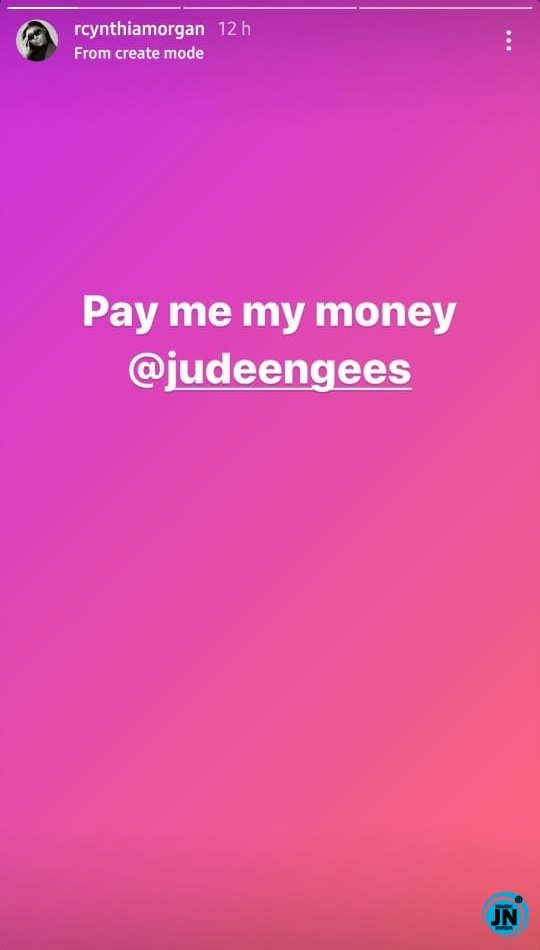 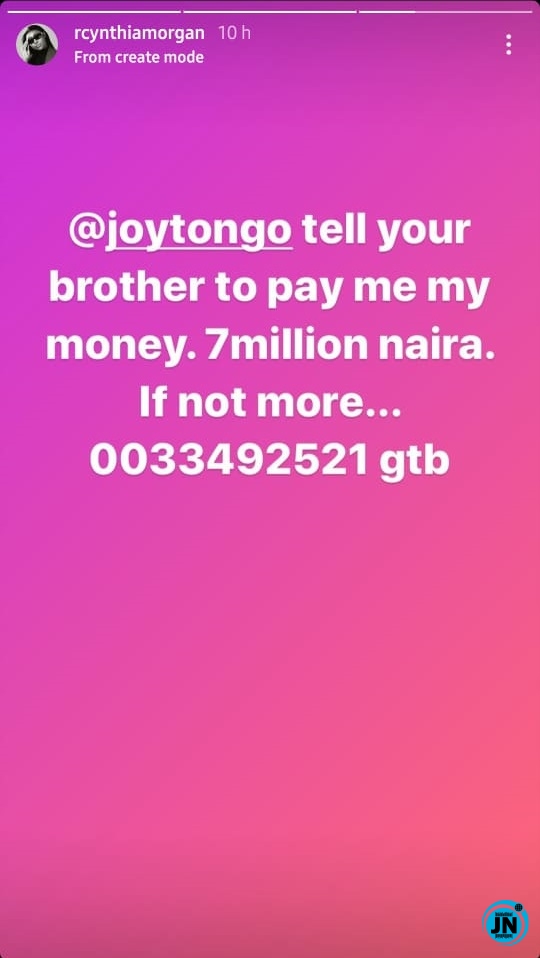 However, this is coming just some days after the songstress took to her official Instagram page, and went live on the platform, of which she was seen ranting about his former boss, Jude.

In the video, Cynthia seems to be pissed over the fact that her former record label executive stated that she owes him money, whereas she doesn’t.

As can be heard in the video, Cynthia said;

“Jude came online to tell everyone that she owes him money and she doesn’t”.

Without showing her face, she vents aggressively as she says that the Northside Music executive should pay her her money…

She says she’s suffering, and Jude owes her money and as such, he should pay up his due.