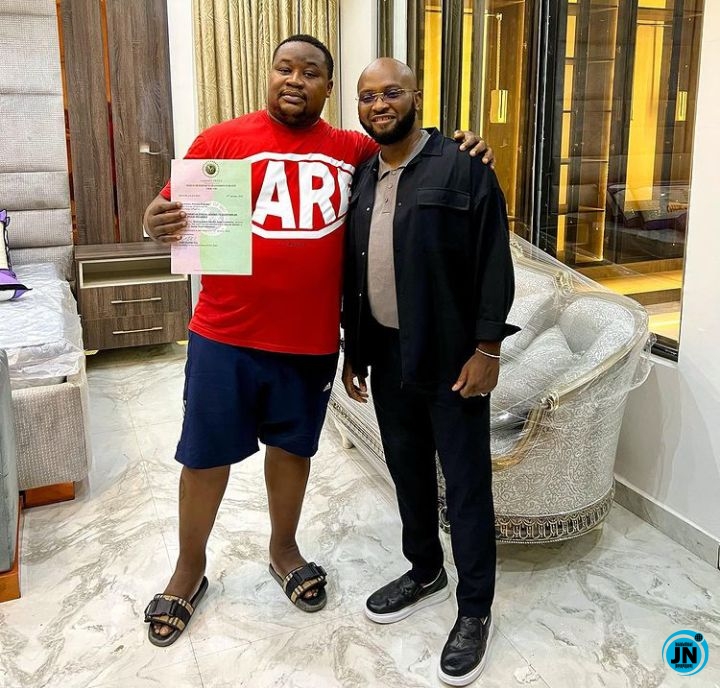 According to Cubana Chief Priest, he received his letter of appointment on Friday with an instruction to make over 1,000 Imo youths get super successful like him via social media.

Striking a pose with the letter, he wrote:

“I just picked up my letter of appointment as Special Adviser To His Excellency @he_hopeuzodimma on Social Media Influence and Social Events Management.

“I have an instruction from His Excellency @he_hopeuzodimma to make over 1,000 Imo youths get super successful like me from the Almighty social media which made me in just one year.

“It’s so easy for me to do and I will do just that through christ who strengthens me. Amen.

“May God give me the grace, wisdom, energy and guts to tell his Excellency the unfiltered truth he needs to hear at all times. Amen”

Davido Jubilates As He Officially Becomes A Board Director In His Father’s Company
Burna Boy’s “Twice As Tall” Becomes Highest Charting Nigerian Album Ever On The Billboard 200
After Burna Boy Won The Grammys Award, Wizkid Becomes First Nigerian Artist To Do This With An Album
“The biggest endorsement of my career” – BBNaija’s Omashola becomes ambassador of airline company (Photo/Video)