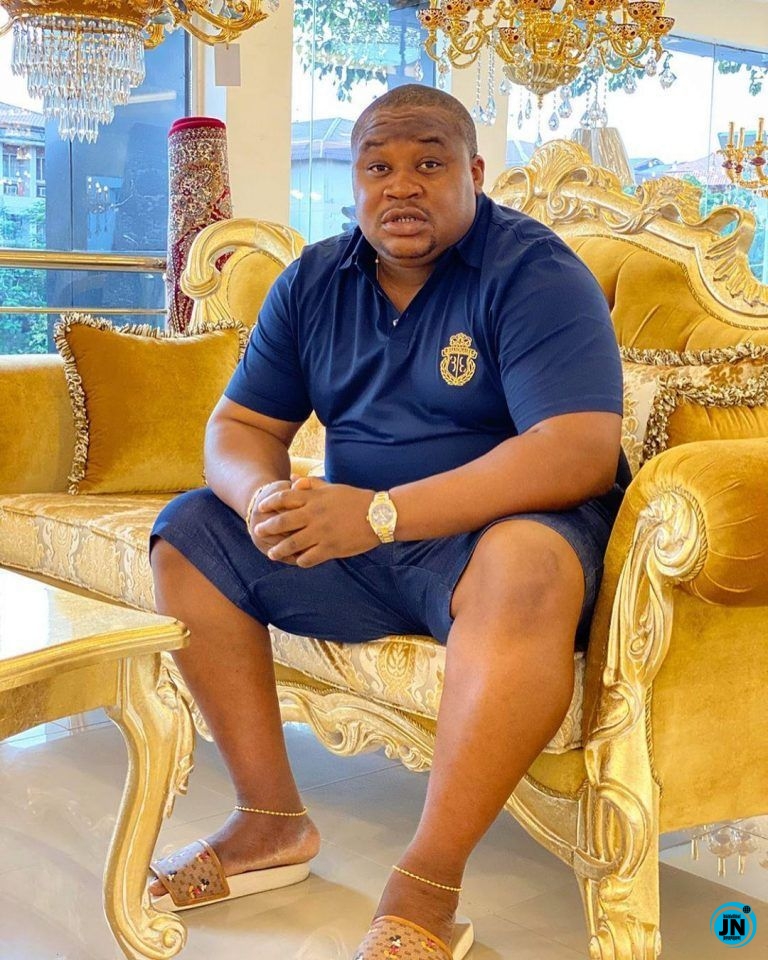 Popular Nigerian celebrity bar man, Pascal Chibuike Okechukwu, popularly known as Cubana Chief Priest, the General manager and Co-Director to 'Cubana Groups', has been called out for allegedly beating up an unknown woman, at their Owerri club on Sunday.

The allegation was made by Instagram gossip blog, Cuttie julls. According to Cuttie, the accused and his boss Obi Cubana, are doing everything humanly possible, to bribe the police and the woman involved, so as to bury the case.

“It’s going down!!Authentic and certified to sadly inform you that your favourite bar man assaulted a woman in Owerri Cubanna on Sunday. The matter don burst brains.

And guess what? Your favourite Barman and his bosses as I have been reliably informed are doing everything in their pocket to kill the matter.

They are bribing the police and are still looking for ways to sort the woman so the matter don’t go public. But as I enter Owerri on Sunday, boom, I grab the file to con share with una.

Apparently, Oga escaped in different vehicle when he got a hint that SARS officials are waiting outside Cubana to pick him up”