Crossdresser, James Brown threatens to snatch married men from their wives
Posted by

Popular Nigerian crossdresser, James Brown has issued a stern warning to married women to hold on to their husbands because he is on a snatching spree. 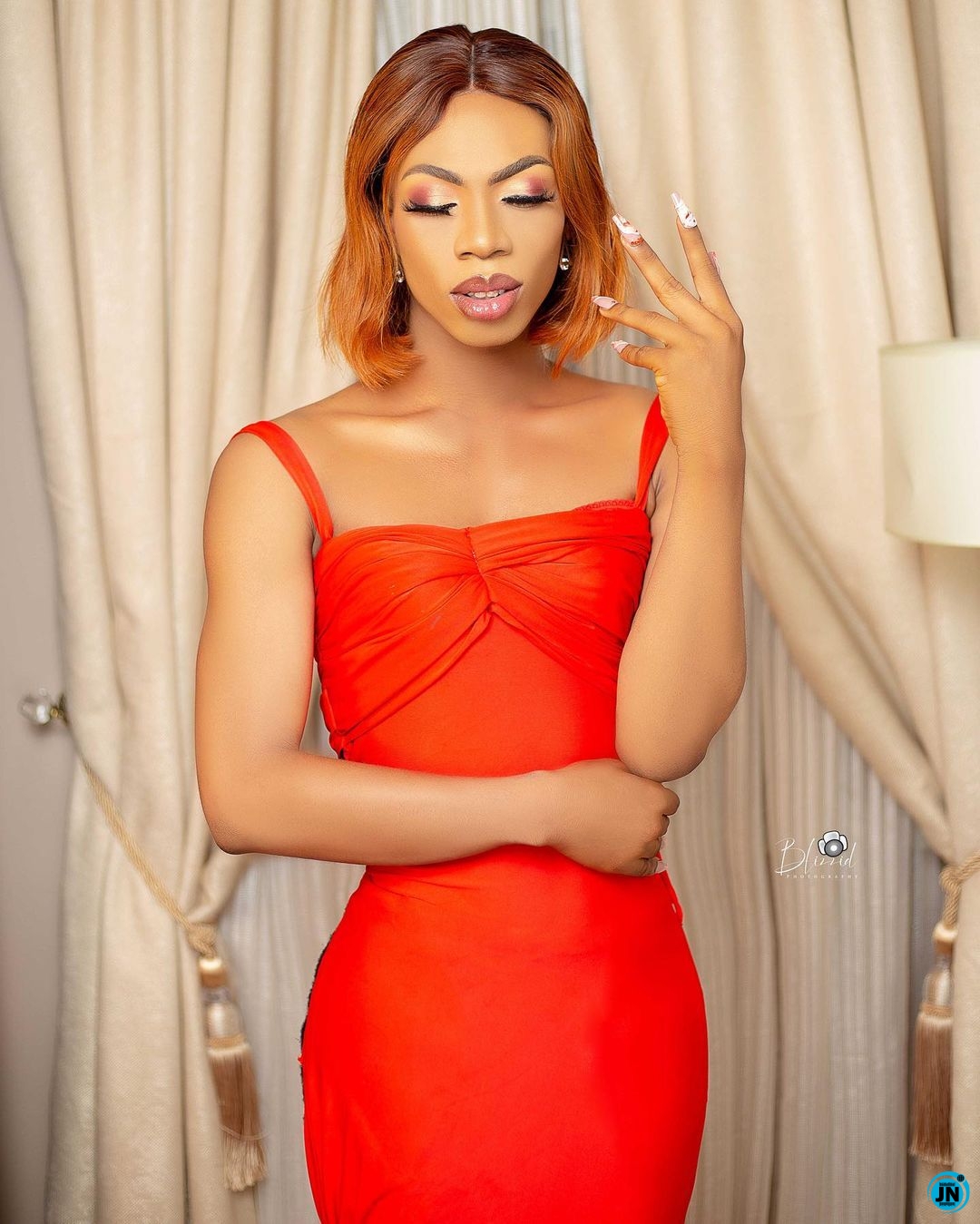 In a video shared via his Instagram page, James threatened to snatch married men from their wives in 2021.

The Princess of Nigeria stated emphatically that any married woman who doesn’t dress and package herself well should get ready because he is going to snatch her husband.

According to him, he wants to make it big in 2021 and any woman who slacks will have herself to blame.

James also slammed those who have been preaching to him and telling him that he will go to hell for his lifestyle, noting that when was suffering, the preachers were nowhere to be found.

Watch his video below,

“Davido block am for IG, still block am for life too” – James Brown mocked after being kicked out from singer’s show in London (Video)
“James Brown is scared!” – Netizens react as crossdresser expresses concern over anti-crossdressing bill
James Brown shares ‘handsome’ new photos, calls himself a “shapeshifter”
Crossdresser, James Brown threatens to snatch married men from their wives