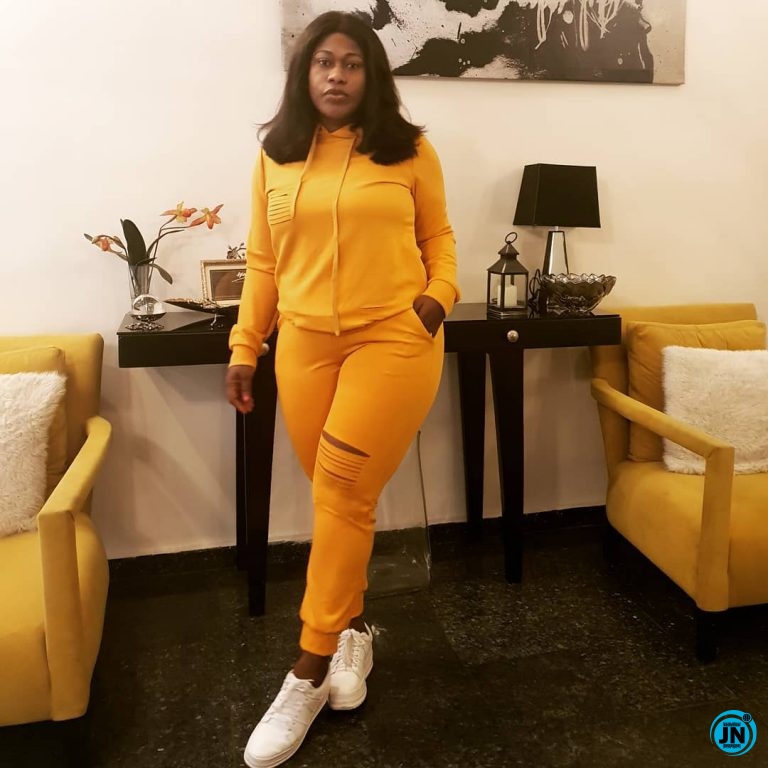 Popular Veteran Nigerian Nollywood actress, Uche Jumbo has taken to her social media handle, to pen down a message to women who tends to confront their husband’s side chicks for making out with their husbands.

The actress expressed her anger about women who confront and disgrace their husband’s side chick after finding out that the side chick is having an affair with their husbands.

According to Uche, wives should confront their husbands in such scenarios , not going after the side chick.

Uploading a short video clip from one of her movies, she captioned it:

“Nobody: not even the husband some wives confronting the sidechick instead of who they exchanged vows with.”

‘Buhari Is Not Our Problem’ - President Buhari Daughter, Zahra Speaks Out, Nigerians Blast Her
#BBNaija: “You cannot just talk to anyone, anyhow” – Pere sides Boma, threatens to cut ties with others
DJ Cuppy Endorses Naira Marley, Calls Him Her President & Is Also Anticipating Marlians Day
You belong to the streets – Burna Boy’s alleged side chick, Jopearl drags Burna

Correct confront your husband not the side chicks