Chike, a Nigerian R&B singer, has raised the fever all the way from the Maldives.

Join our Telegram Channel for Updates
After sharing steamy, exposing photographs from his vacation, the boo of the booless found himself on Twitter trend tables. Chike, who has been open about his newfound fitness, took to Twitter to flaunt his new Physique, abs, and #Summerbody.
Chike was photographed wearing a gray-colored swim truck and striking a posture in front of a beach house. A closer examination of the shot revealed his gbola, sparking outrage on social media.

See the photo he uploaded below: 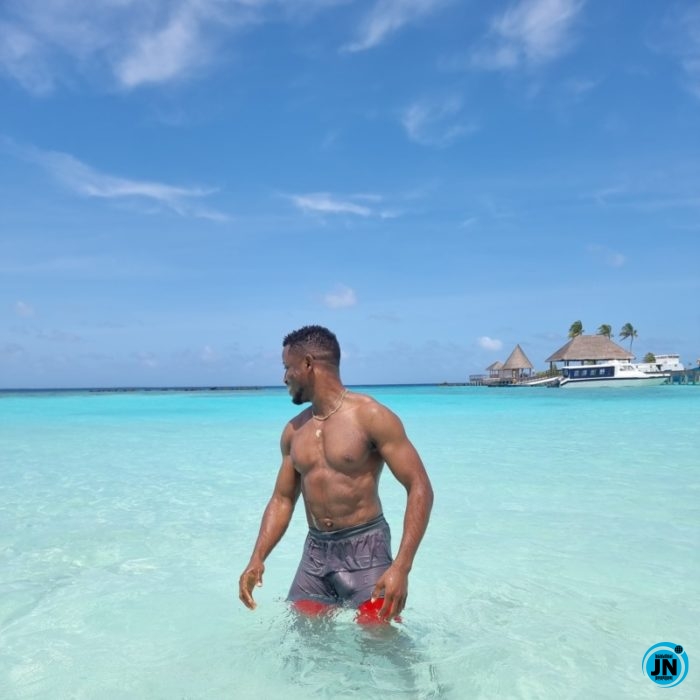 Twitter users who must have zoomed in on the snapshot reacted to his post on the social media platform. Female fans have been swooning over the pictures and have been tagging Chike, hinting at what they would do if Chike was nearby.

Chike's post-Summer figure, on the other hand, did not appeal to the boys. Many have chastised him for sexualizing guys, while others believe his Gbola is fake.