Kai Havertz scored in the first half to give Chelsea a 1-0 win against Manchester City in the Champions League final on Saturday, recouping some of his hefty transfer fee. 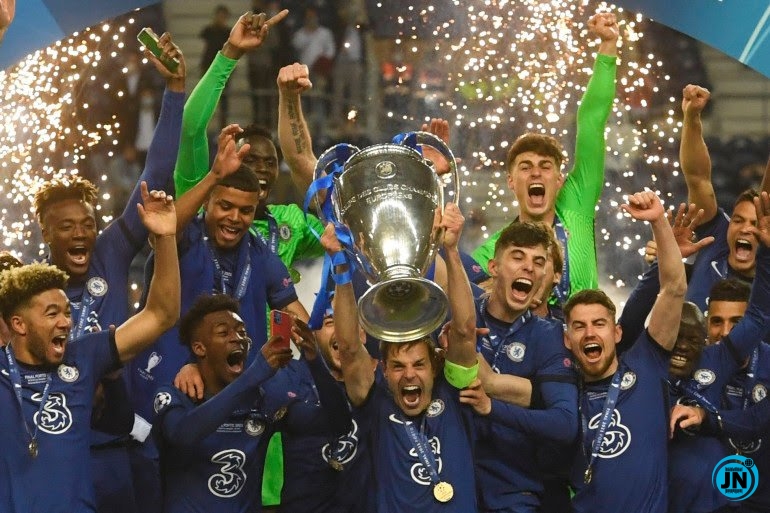 In the 42nd minute, the Chelsea record signing latched on to Mason Mount's pass and avoided City goalkeeper Ederson before putting the ball into an empty net.

City, the Premier League champions, were the clear favorites heading into the final, but they had a disastrous night in Porto in their first Champions League final.

Pep Guardiola's side were never allowed to play their usual fluid approach and were unable to reply as a disciplined Chelsea won the Champions League for the second time.

Chelsea manager Thomas Tuchel beat City manager Pep Guardiola in a tactical struggle, and his team could have won by more if Timo Werner had converted two golden chances.

“Let Me Be Your Sugar Daddy” – Don Jazzy Declares His Sugar Daddy Status To Single Ladies
King Ladi Shares Racy Mirror Selfie With Tacha (Photo)
#BBNAIJA2020: “I Am Used To Dating White Men Only” – Ka3na Opens Up On Her Relationship Lifestyle
'So It Has Gotten To This?' - Nigerians React As Lady Asks Who Is Richer Between Wizkid & Tacha