Check Out This Funny Phone Conversation Between Davido And His Second Daughter, Hailey (Photo)
Posted by

David Adeleke, better known as Davido, a Nigerian afrobeats singer, has posted a snapshot of an hilarious discussion he had with his second daughter Hailey. 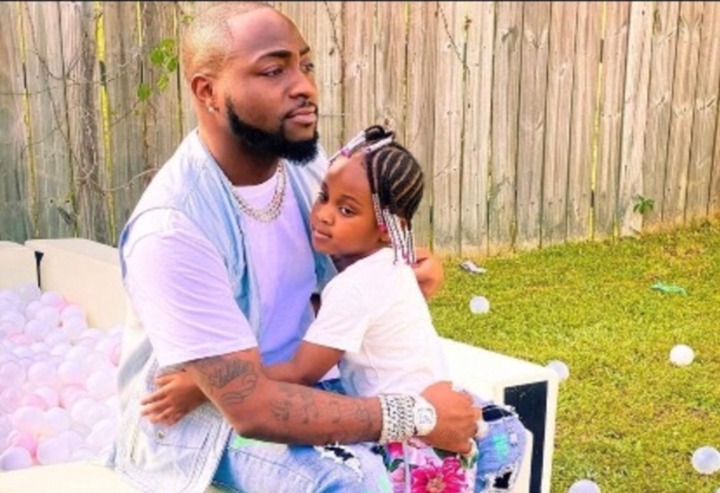 The singer shared a screenshot of a phone conversation he had with his last daughter, Hailey Veronica Adeleke, on his snapchat yesterday, August 3rd, 2021.

Davido was heard begging Hailey to call her back during the amusing phone conversation, to which the four year old lovely girl replied with some baby language that amused Davido.

The afrobeats poster-boy flowed with the conversation, responding to Hailey's baby words in a fatherly manner, as any father would.

Take a look at the following conversation as Davido shared it on his Instagram story below: 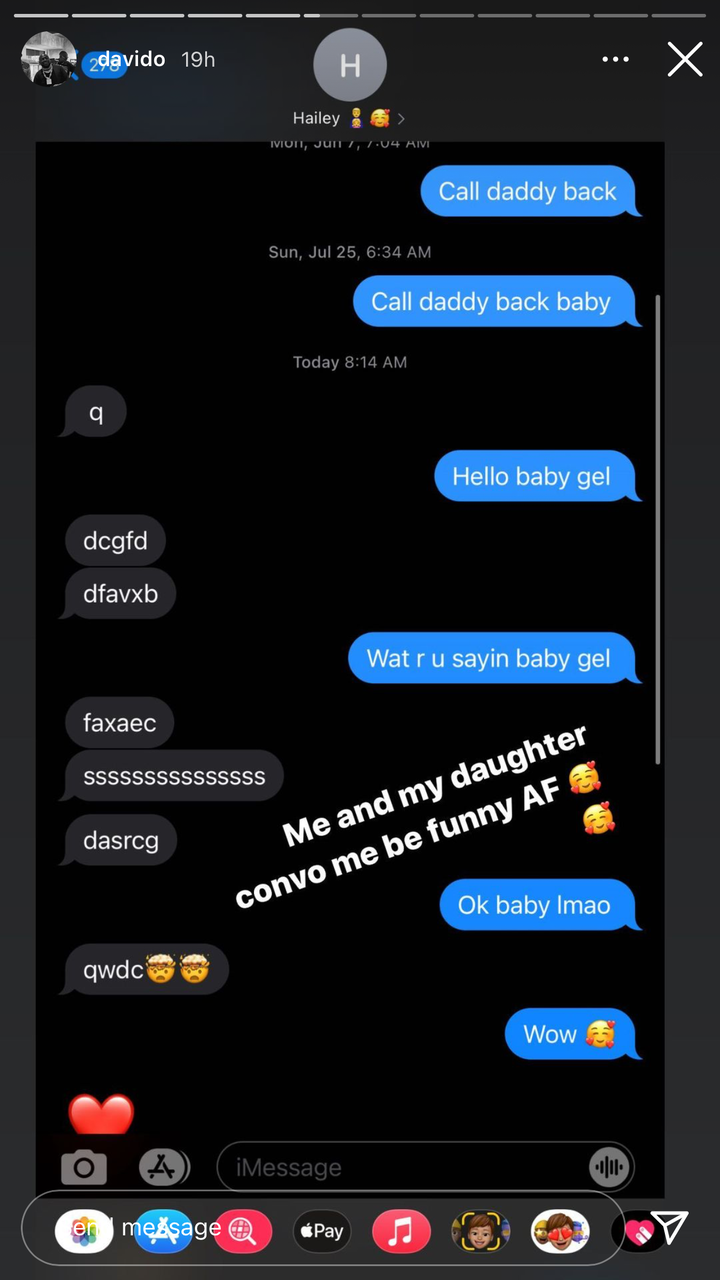 Remember that Hailey was the same child of his that Davido chastised when she wanted to twerk at her fourth birthday party in the United States?

Davido is unmistakably an African father, which we admire.

Singer, Sinach Gets Honoured With A YouTube Gold Plaque
Comedian AY Set To Dash Out Money To Followers After Making History On Instagram
"You Came At The Wrong Time In My Life" – Regina Daniels Cries Out
“Love your body at every stage” – Actress, Uche Ogbodo says as she flaunts baby bump during work-out session (Video)