African Giant, Burna Boy's British girlfriend, Stefflon Don, revealed to her fans how she had been able to learn Yoruba very quickly. 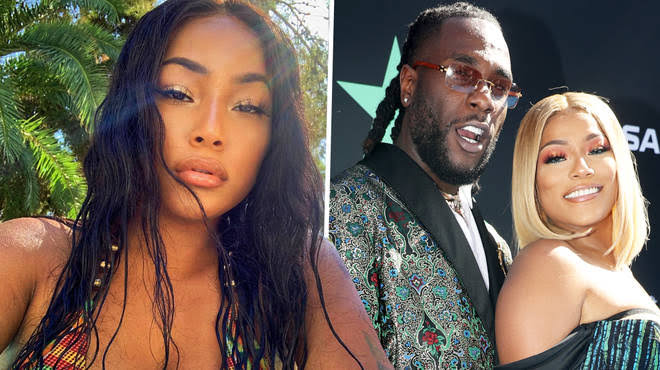 Several fans and followers of the rapper had the impression that Stefflon Don's Instagram page was run by Burna Boy or another Yoruba native because she is white and can not speak any language other than the language of the queen. Stefflon, however, surprised her fans after she revealed how she learned how to speak Yoruba.

In an Instagram post, Stefflon Don posted earlier on, she announced to her fans that she will be dropping her single soon and ended her sentence with a Yoruba word. A fan questioned her who taught her how to speak Yoruba and she replied “I do online zoom lessons”. 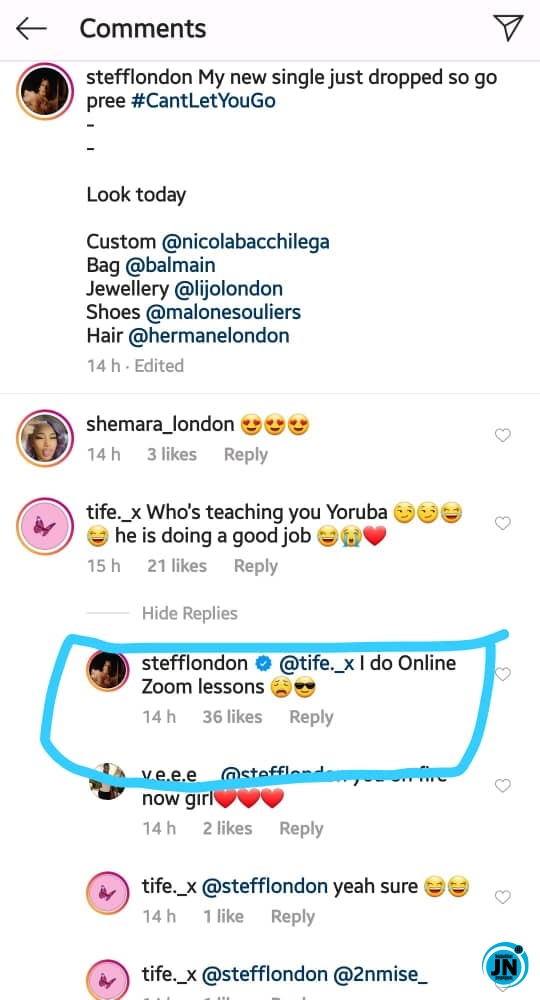 HIT OR MISS!!! Lady Disguises Herself To Look Like Ozo
“You did dental surgery” – Fans accuses Nengi after her old photo surfaces
Kunle Afolayan’s son writes letter to him as he turns 15 without his mother
See What Wizkid Gave Burna Boy’s Mother As A Surprised Birthday Gift