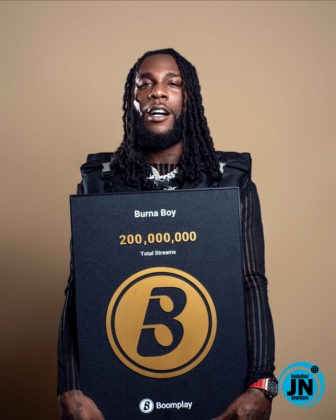 Boomplay streams are computed using industry-accepted standards, in which a thirty-second stream counts as one stream count. Burna Boy has doubled his feat, becoming the first musician to be streamed 200 million times on Africa's #1 streaming service, Boomplay, just a year after becoming the first artiste to reach the 100 million streams milestone.

Since the publication of the Outside album, which has accumulated 10 million streams, the Grammy Award winner's popularity has skyrocketed. His follow-up album, African Giant, which received critical praise and was nominated for a Grammy, now has over 43 million streams, four times as much as his prior work, reflecting his expanding fan base and progress. Twice As Tall, his 2020 album, has been streamed twice as many times as African Giant, with over 80 million streams on Boomplay. 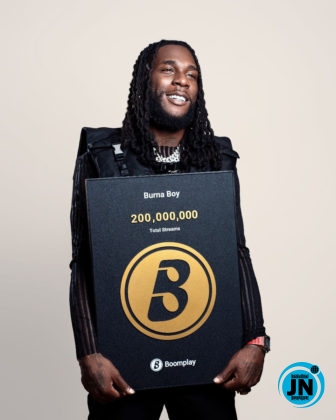 Boomplay's Director of Artist & Media Relations, Tosin Sorinola, who gave a plaque to the Afrofusion musician in Lagos, Nigeria, claimed this was a watershed event in the African music market's history.

She said 'This is another iconic feat for Burna Boy, Boomplay and the entire African music industry. This achievement shows that fans in Africa are fast catching up to the digitization of music and streaming, which Boomplay is championing. With this development, artistes can earn even more on our platform. Burna Boy is a massively talented singer whose works will continue to affect people positively across Africa and the rest of the world. We are proud of what he is doing and his milestone achievements on Boomplay; to this effect, we, at Boomplay, present this plaque to him in special recognition of his contributions so far in the industry and are looking forward to even more extraordinary achievements.' 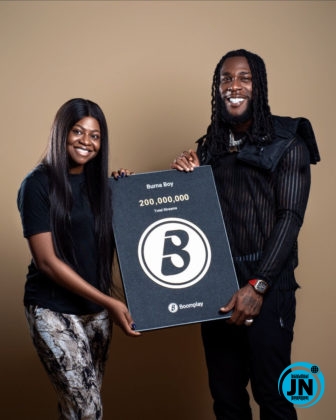 With Boomplay's aim to bring everything music to Africa and take African music to the world, the service is committed to empowering the African music ecosystem to unlock its full potential. Boomplay has the most extensive catalogue of African music with over 70 million tracks at the moment and 65 million monthly active users.