Damini Ogulu who is popularly known as Burna Boy rubbished the claim of $3.5 million net worth as report by a trusted media outlet.

According to Forbes, Burna Boy is said to worth $3.5 million which the singer has come out to dismissed the claim via Snapchat.

According to the self-acclaimed African Giant, he said his cars all together are more than the said amount and he might decide to start flaunting his wealth.

Burna Boy went further by saying as, at the time he recorded "All eyes on me" in 2014, he was already on $3.5 million net worth. 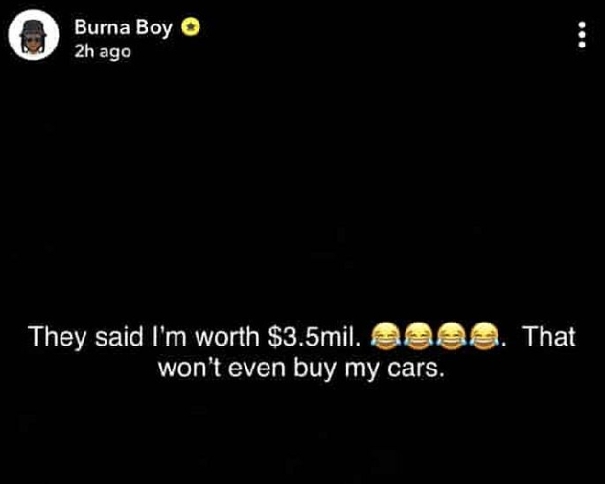 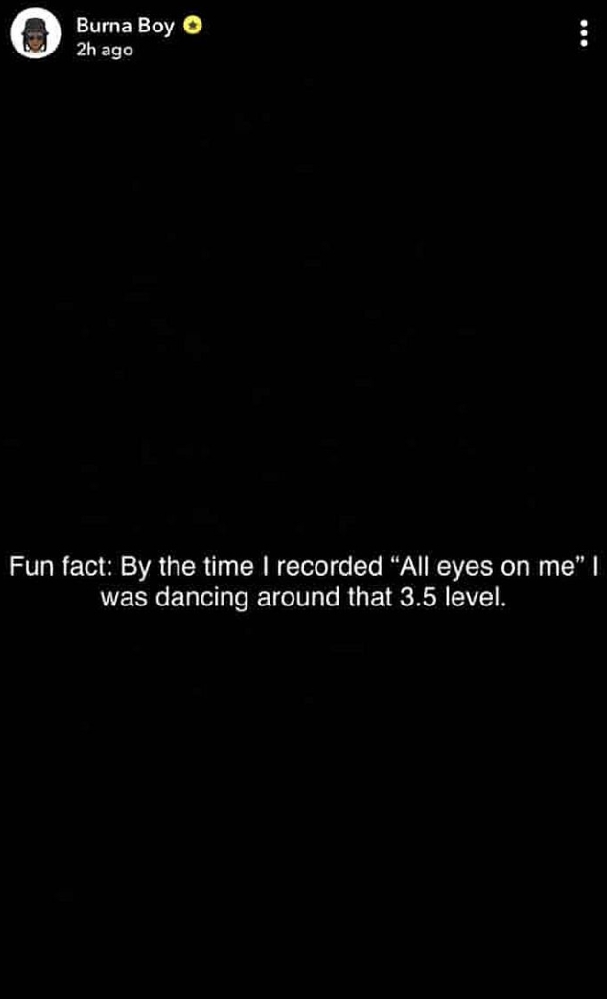