Bullet remembers Ebony Reigns 3 years after her death
Posted by 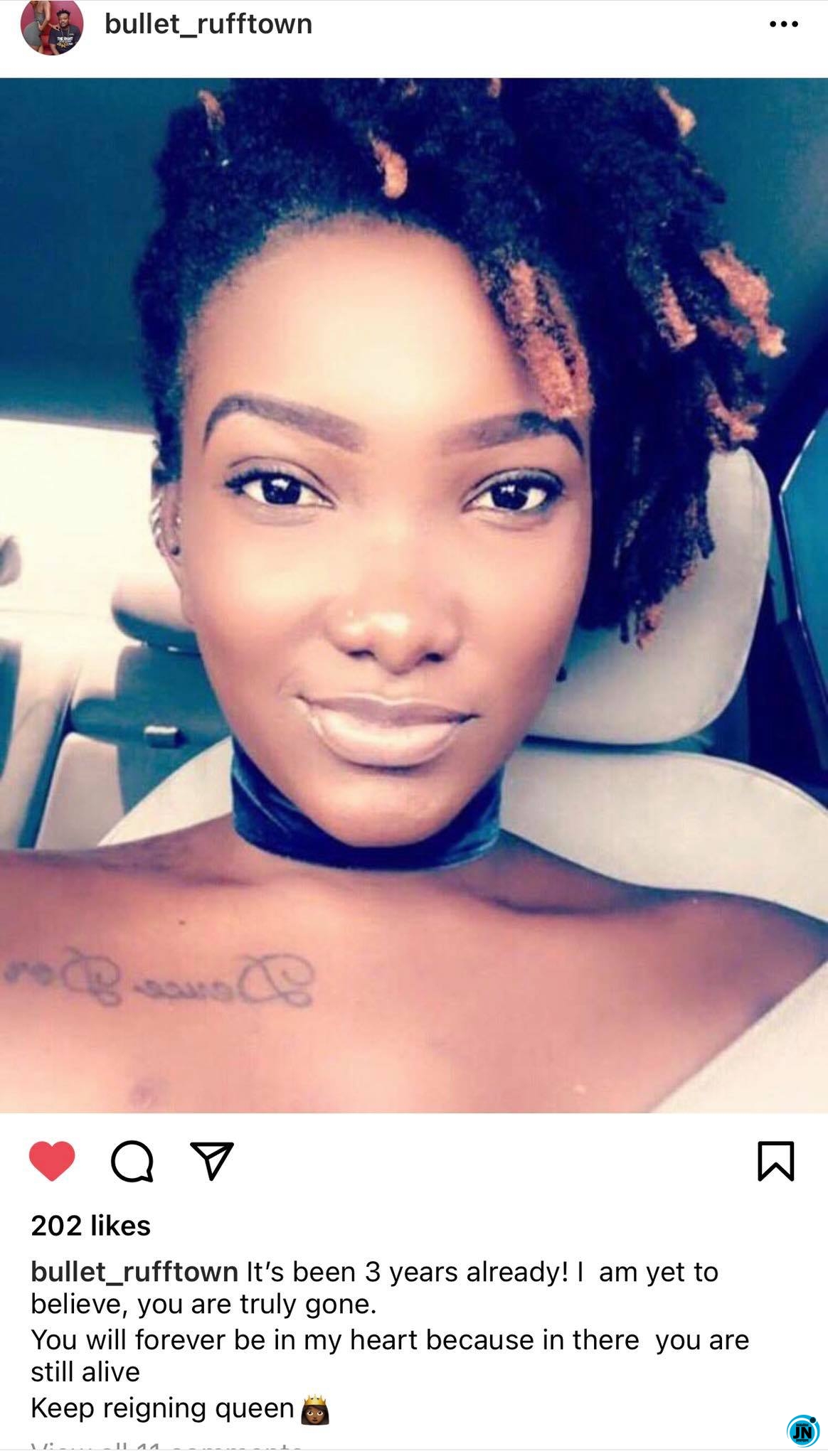 In a post on Instagram this morning, he remarked that he still can’t believe Ebony is dead but after these 3 years, he has now concluded that she’s truly gone.

“It’s been 3 years already! I am yet to believe, you are truly gone.”, he wrote.

“You will forever be in my heart because in there you are still alive Keep reigning queen👸🏾”, he wrote in conclusion.

Ebony Reigns was killed instantly in a traffic collision on 8 February 2018 whilst returning from Sunyani to Accra after a visit to her mother.

Her assistant and longtime friend Franklina Yaa Nkansah Kuri and soldier Atsu Vondee were also killed in the fatal accident.

“Are you [email protected], get out of my page” – Korra Obidi lashes out after being told what to do to save her marriage (Video)
Regina Daniels & Husband Expecting A Baby Soon, Checkout Her Maternity Photoshoots
Yemi Alade Cries Out On How People Always Pit Her Against Tiwa Savage
Actress Destiny Etiko Says She Don't Always Cook For Her Husband, Because She's A Whole Meal