British Vogue, an international fashion magazine, has faced flak after inadvertently referring to Davido and Wizkid as rising musicians. 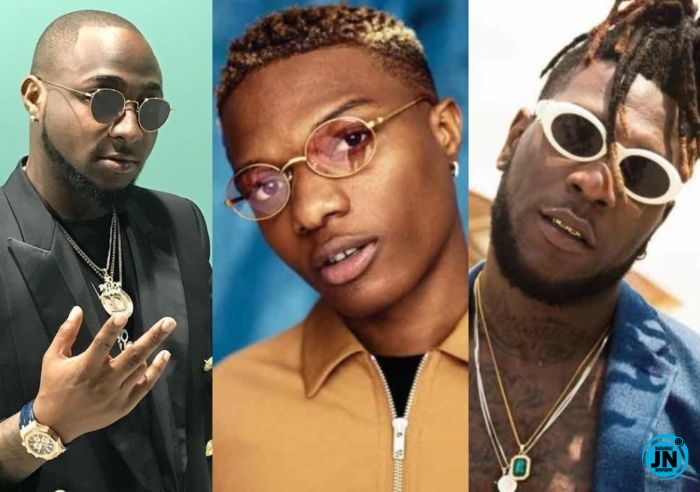 You may recall seeing photographs from Wizkid's January issue collaboration with British Vogue. When the photographs went viral, Wizkd's supporters were ecstatic; however, when other fanbases read the write-up that followed the session, things took a turn for the worse.

Wizkid's three straight tour performances in London were sold out, according to British Vogue. They also expressed sympathy for Wizkid and 'a generation of fresh young Nigerian stars' like as Burna Boy, Davido, and Rema, who have made London their second home.

Netizens flocked to social media to chastise them for referring to Davido and Burna Boy as future musicians, implying that the statement was misconstrued. Some of Davido's most ardent supporters flocked to Twitter to demand that Vogue apologize to him for the slur.


Read their tweets below; 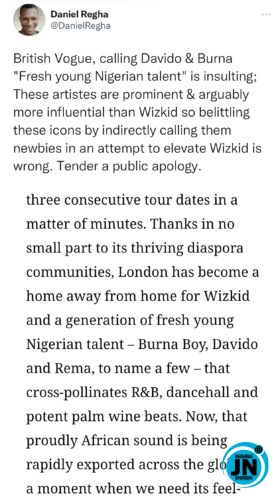 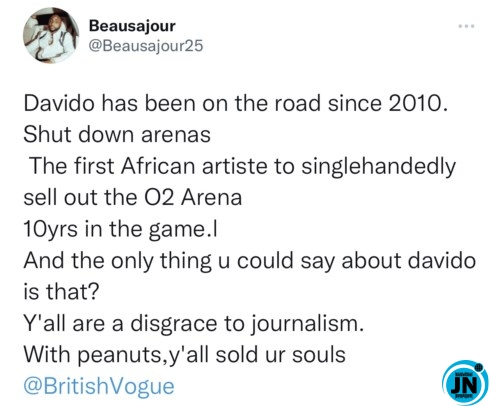 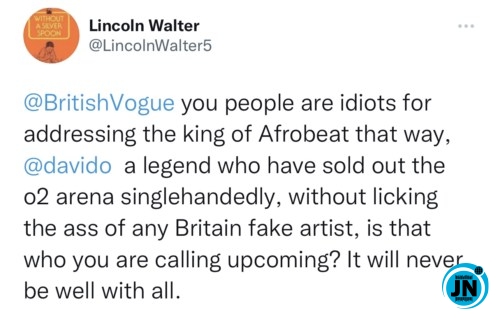 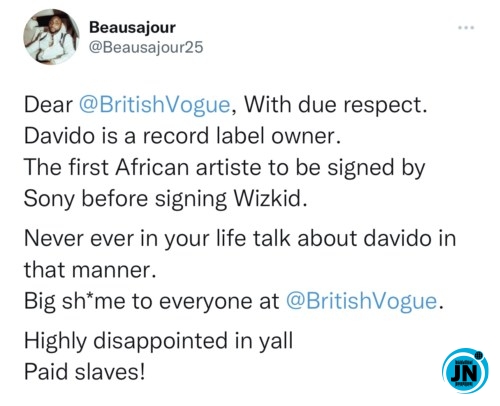 “Otedola is worth over ₦500billion, wetin I get?” – Davido’s PA, Israel slams those mocking him for apologizing to DJ Cuppy
“I put that on my life” – Davido vouches to ensure welfare officials don’t embezzle charity donations
“Emotional” – Davido says as Chioma gifts him chain with photo of himself and his mum for his 28th birthday
”I don’t know why people especially kids think I am Davido” – Filmmaker Chima Okoroji cries out

Both are all upcoming, including your wizkid, I can name 100 foreign artists that Bigwiz Davido,Burna Boy etc are still praying to be like them . Google can help u with that

Now what did your davido study in Babcock University again?

Pains successfully delivered. I love the way the guy is preaching