Dumebi was released March 2019 as the Afrobeat singer's debut single with Jonzing record label, a subsidiary of Mavin.

The song took little or no time to become the rave of the moment while it gained global recognition.

Grateful all my fans in Qatar, love you all 4life. 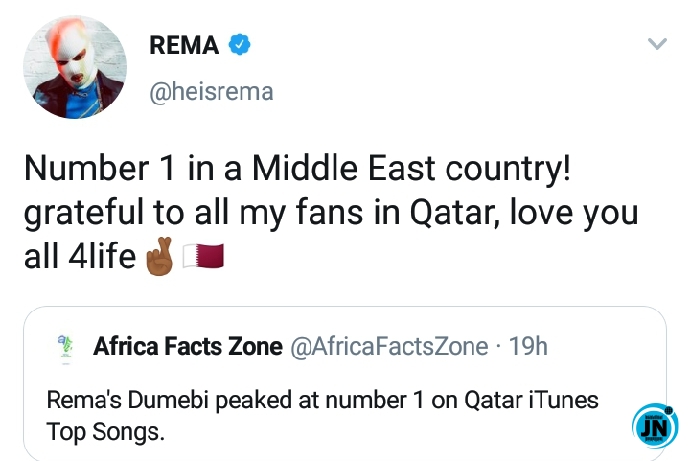