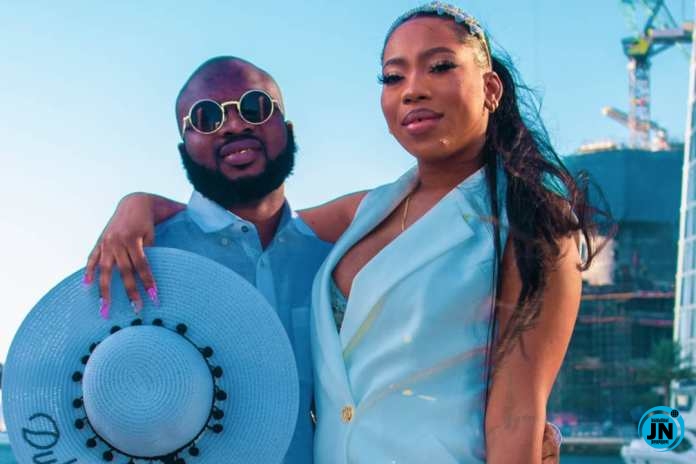 Lincoln, the estranged husband of the video vixen, Bolanle [/b](Pepper Dem) has continued his rant on social media as he reveals that before he started beating her, she used to be the first to unleash domestic violence on him.

Lincoln disclosed this during a social media interview, where he asserted that people claim that he was the one beating Bolanle, but she was the one who started the beating first before he began to retaliate.

When he was asked if he has evidence to back this allegation, he said yes and recalled when she picked up a knife to stab him in Accra, Ghana.

He also claimed she once wounded him on the eyebrow in the course of the fight. Lincoln stated that Bolanle used to fight him like a man and he has never seen such before in his life.


However, amid the saga, Bolanle is yet to say anything as regards the conflict between her and her estranged husband.

The saga began when Lincoln kicked her out of his house a few days ago, due to her violent nature as he claims.

Odion Ighalo Recounts How He Used His Money For Lunch To Watch Manchester United's Match
Davido reacts after being accused of celebrating recent killings in the North
Lady who refused to marry boyfriend who sponsored her education cries out after he requested a refund of every dime he spent on her
“I used magazines to wrap akara for my mother” – Influencer, Aproko Doctor says as he features on the cover of Mode Men Magazine