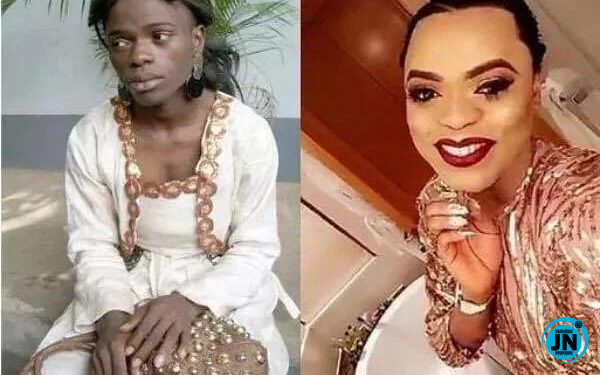 A Rivers state prophetess, known as Dr Blessing Chidinma Prince has warned popular Social Media personality, Bobrisky to change his ways, claiming she has a message from God for him.

According to Prophetess, if Bobrisky does not change his ways, he will be visited with an incurable sickness.

The prophetess made this known on popular Social Media Platform, Facebook, that even her prophecy on Buhari winning the election came to pass, and so people that know Bobrisky should take this seriously! 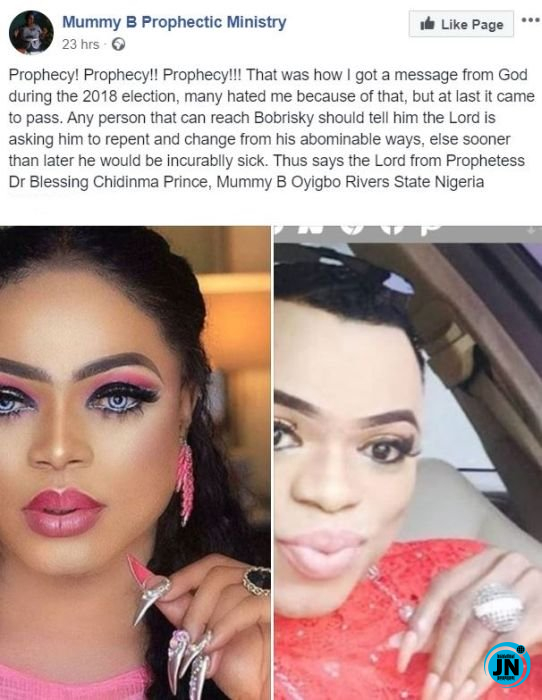 ”Prophecy! Prophecy!! Prophecy!!! That was how I got a message from God during the 2018 election, many hated me because of that, but at last it came to pass.

Any person that can reach Bobrisky should tell him the Lord is asking him to repent and change from his abominable ways, else sooner than later he would be incurablly sick.

SCREENSHOT: Bobrisky shares a Photo of her late Mother, I look so much like my Mom and I misses her
Is Tonto Dikeh's Ex, Olakunle Churchill Shading Her?
Screenshot: Davido Sends Birthday Wishes to his Uncle, Ademola Adeleke
BREAKING: Burna Boy Begs Wizkid for a Scorcher Album as Mum danced to Pakurumo