Popular Nigerian crossdresser, Bobrisky has revealed why he gives out money to people on social media. 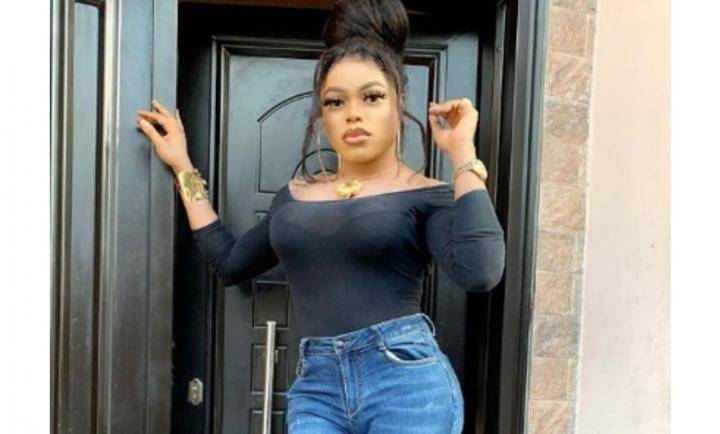 The controversial cross dresser has noted that he is not doing giveaway on social media so as to make people to like him but he is doing that to appreciate them.

He said he is only trying to appreciate people who stood by him no matter what people say to them by sharing money.

He noted in his post that people should not mix the feelings, that is never sharing the money for people to love him further stating that he careless about that.

He then said 'if you don't like me, let it remain so.'

Don't mix d feeling pls, I'm not giving people money to love me naaaa. Just wanna appreciate people who stood by me no matter wat people say to them. So if you don't like me let it remain so...l careless. 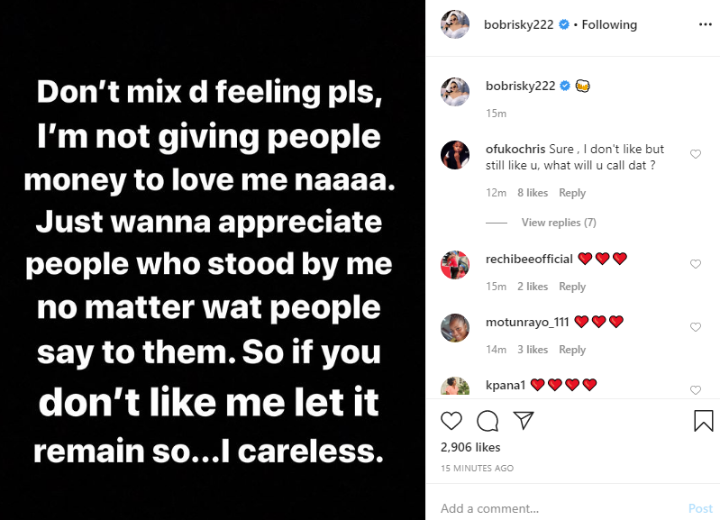 Off recent, the bestie of popular Nollywood actress, Tonto Dikeh have disbursing money out of his purse to people on the popular photo and video sharing platform, Instagram.

"I Love You, & Promise To Be Loyal To You Till Death Do Us Path" – Bobrisky To Tonto Dikeh
Kim Kardashian rumoured to be dating CNN reporter Van Jones amid her impending divorce
Reasons Why I Don’t Celebrate Christmas – OAP, Daddy Freeze (Video)
Photos From The Ongoing #EndSars Protest Led By Runtown And Falz