Controversial Nigerian crossdresser, Idris Okuneye popularly known as Bobrisky, has come out to say that, if there's anything he would regret doing in his lifetime, that it won't be changing his gender from male, to female.

According to Bob, men suffer so much in life while women only sit down idle to enjoy the wealth of men. He further went on to say that, pretty women like him enjoy more because they are more likely to attract wealthy men in their lives. 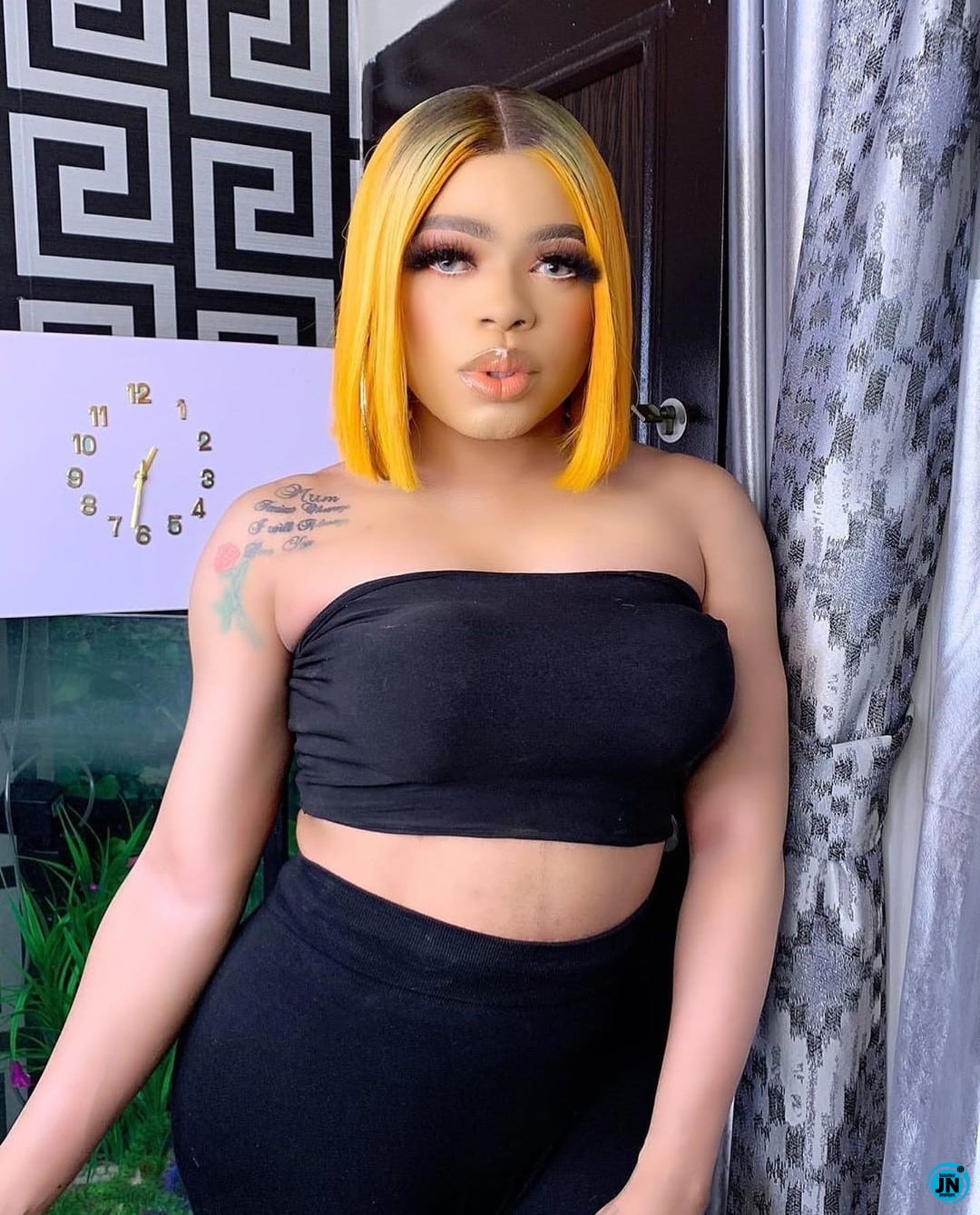 He further said he doesn’t regret changing his identity from a man to a woman, because the hustle has been footing his bills ever since he took the bold step.

Read his statement below; 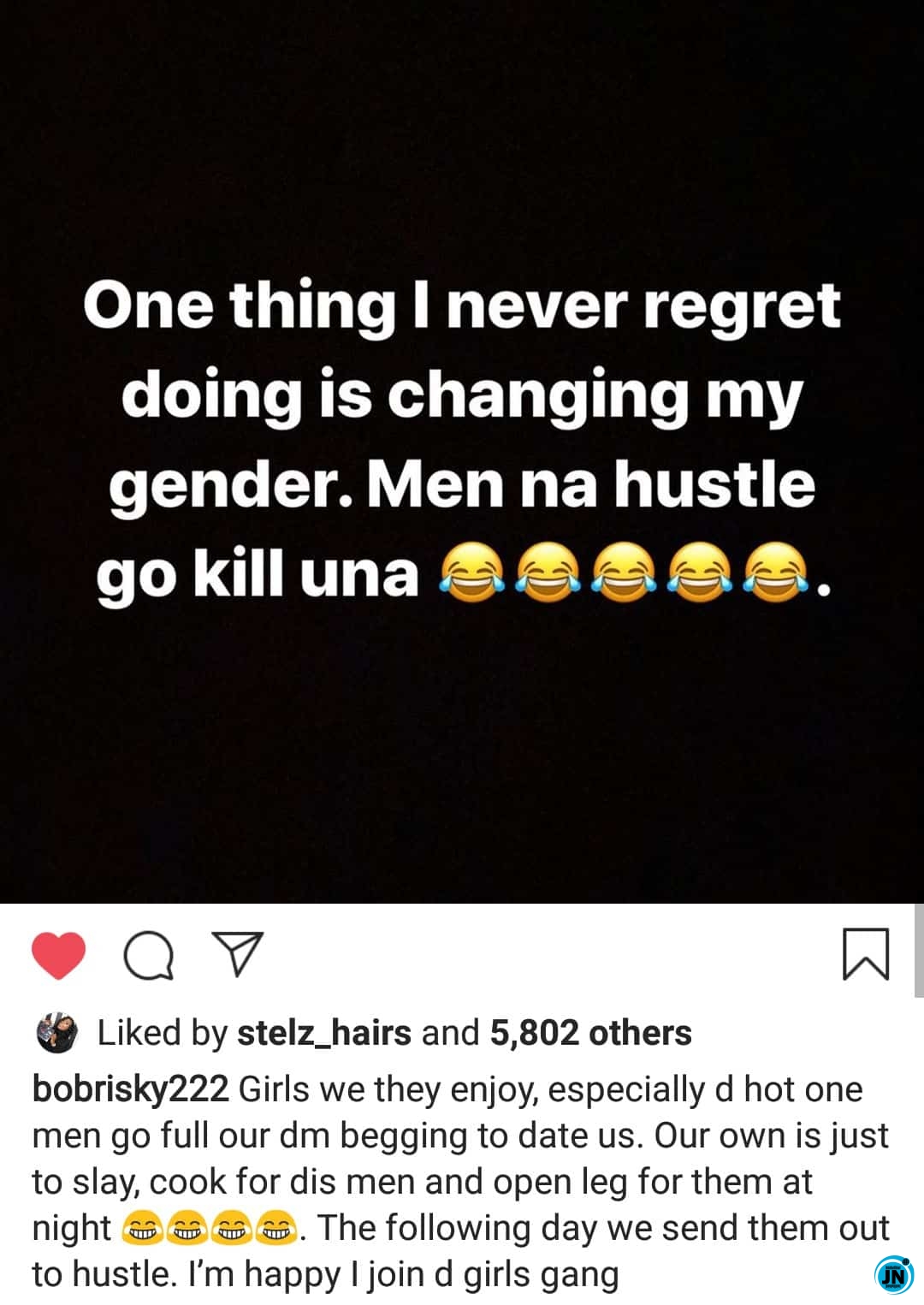 Bobrisky Opens Up On One Thing He Would Never In His Lifetime, Regret (Read Below)