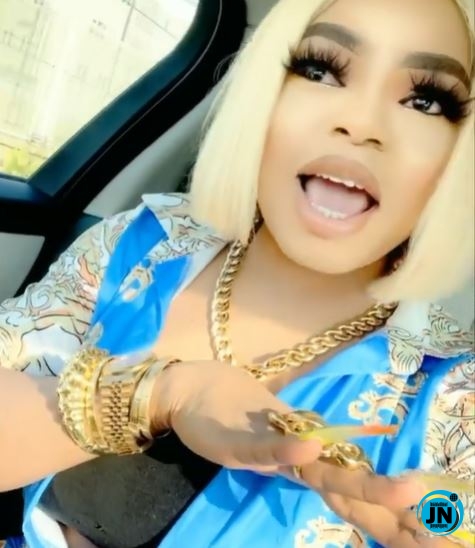 Crossdresser and self-acclaimed billionaire girlfriend, Bobrisky has been dragged on social media for wearing torn and worn out inner-wear

In the video, Bob is seen glamorously dressed, and giving some relationship tips to his female followers, and condemned the habit of the girl’s going to a man’s house to do domestic chores just because she wants him to propose to her. 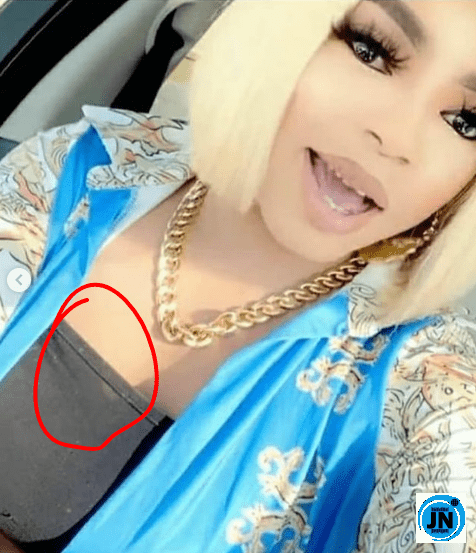 However, critics were quick to notice the worn-out black inner donned by the male Barbie and dragged him for it.

According to critics, the worn-out innerwear is a supposed sign that the self-styled big girl is poor.

In other news, in his latest installment of ”Bobrisky’s advice”, the controversial male-barbie lectured his loyal female followers on the need to add an account number anytime a man approaches them for their phone number.

According to Bobrisky, any man who frowns at the prospect of seeing a girl’s account number does not deserve having the girl’s phone number in the first place and as such, should move to another girl.