It's seems things are quite rusty between popular crossdresser, Bobrisky and his followers for now as majority of them have turned down his offer for giveaway. 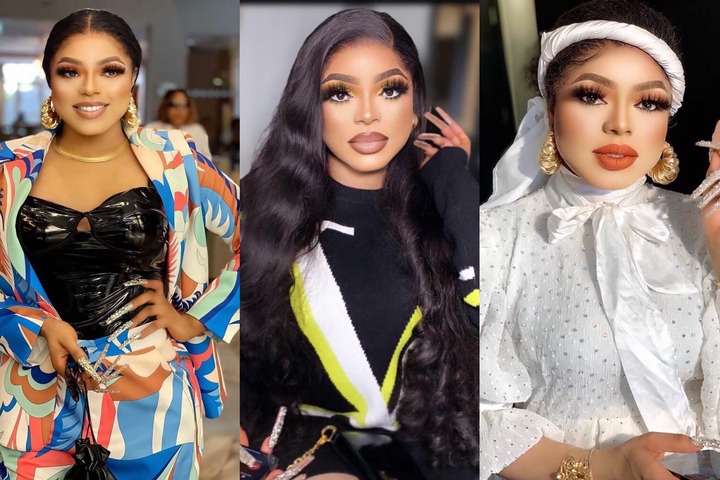 This is happening after a video of the cross dresser assaulting one of the ladies that tattooed his photo surfaced on the internet.

Since yesterday, Bobrisky has been one of the most talked-about as many dd not expect something of sort from him.

The lady in the video is identified as Oye Kyme on Instagram, she accused him of beating her up and maltreating her.

The lady who is also an Ivorian also shared photos of her blooded and wonder body to back up her claims that Bobrisy assaulted her.

Well, Bobrisky is trying to get rid of the buzz around the video as he took to Instagram to tell his fans to drop their account numbers for giveaway, but what he got in return was different.

Majority of his followers blasted him heavily.

@iamotamali wrote “The usual way of playing the game.”

@dammywhitee wrote “That how u wonna bribe people.” 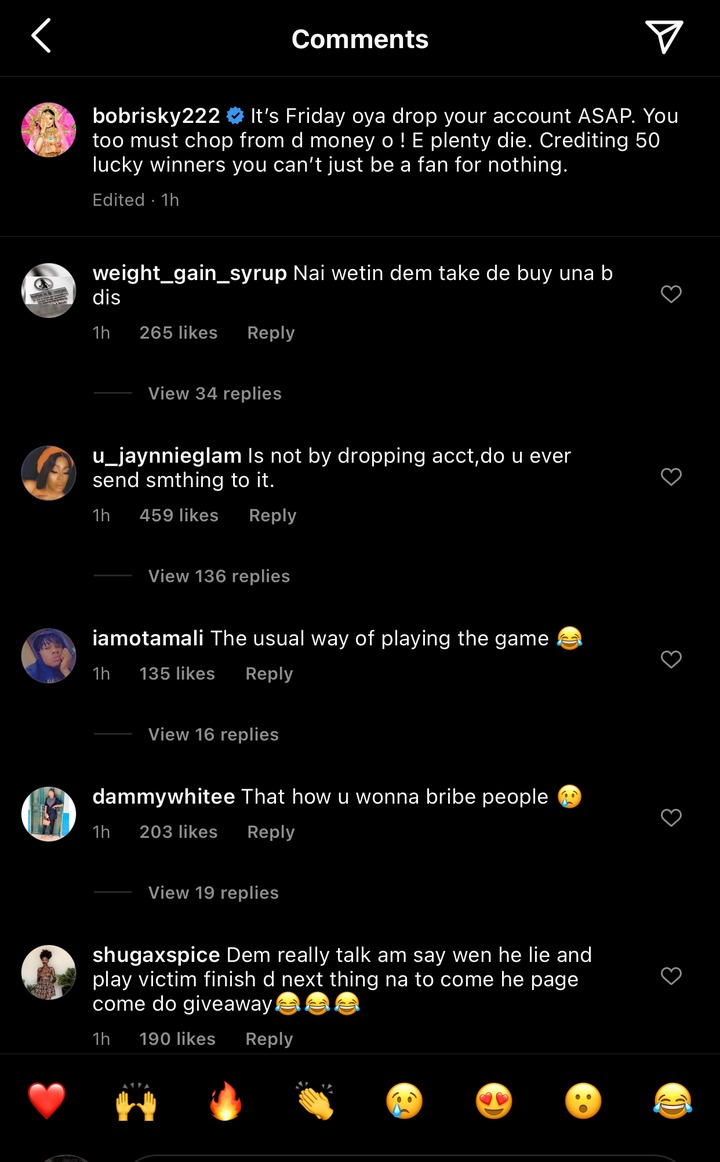 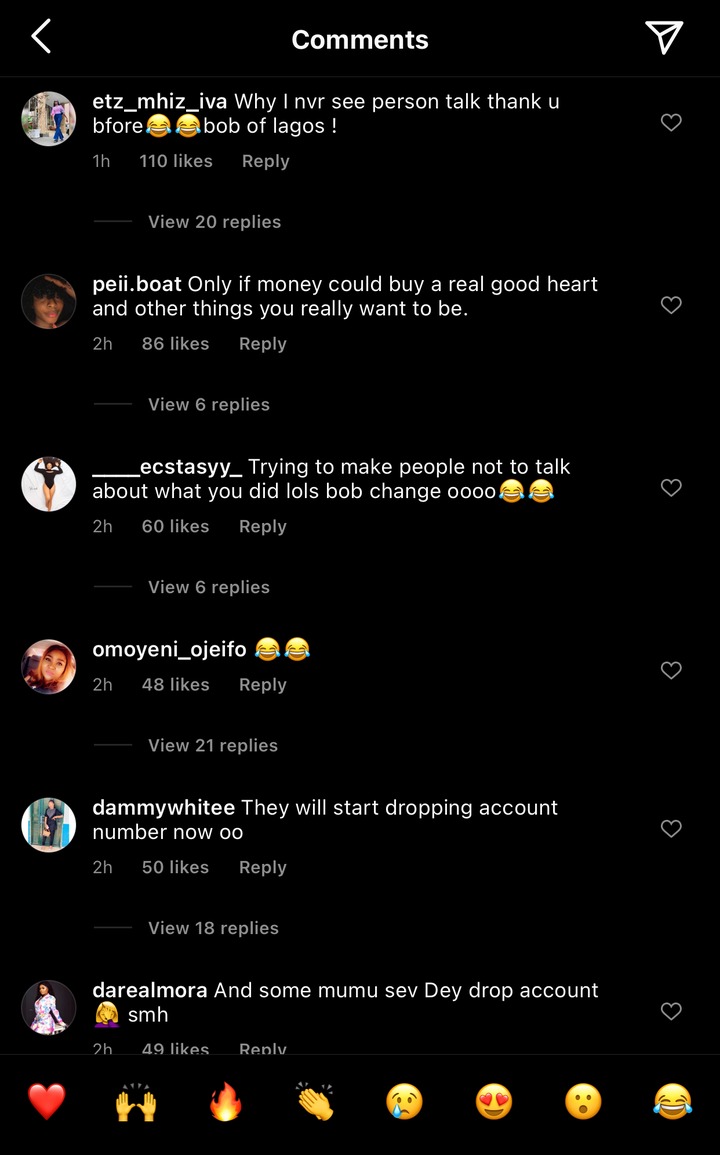 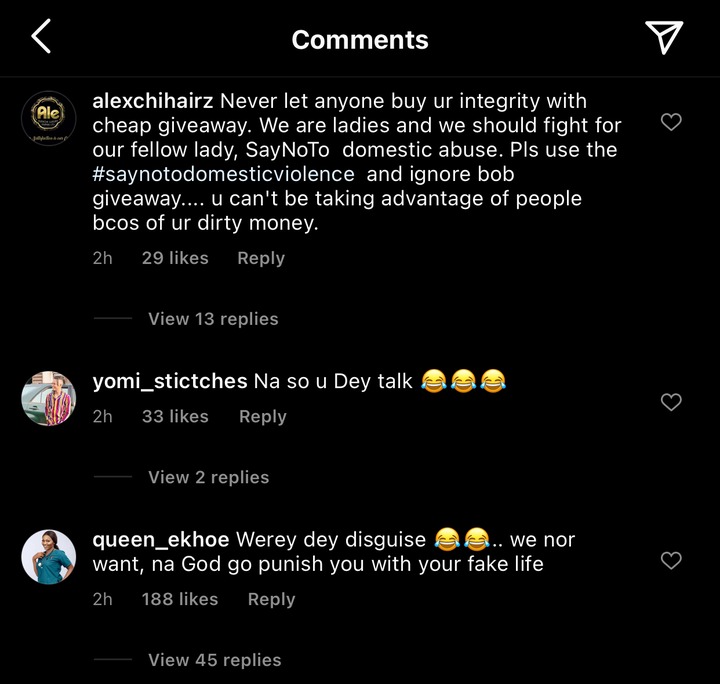 “You are typing in the nonsense again” – Mercy Eke dragged for calling herself ‘powerful king’
Why I stopped wearing wigs – Adesua Etomi finally opens up after getting dragged over her dressing
Bobrisky Dragged By Fans After Asking Nigerians To Drop Account Numbers For Giveaway (Photos)
2Face Idibia’s Baby Mama, Sunmbo Adeoye 'DRAGGED' For Telling Women Not To Be Concubines