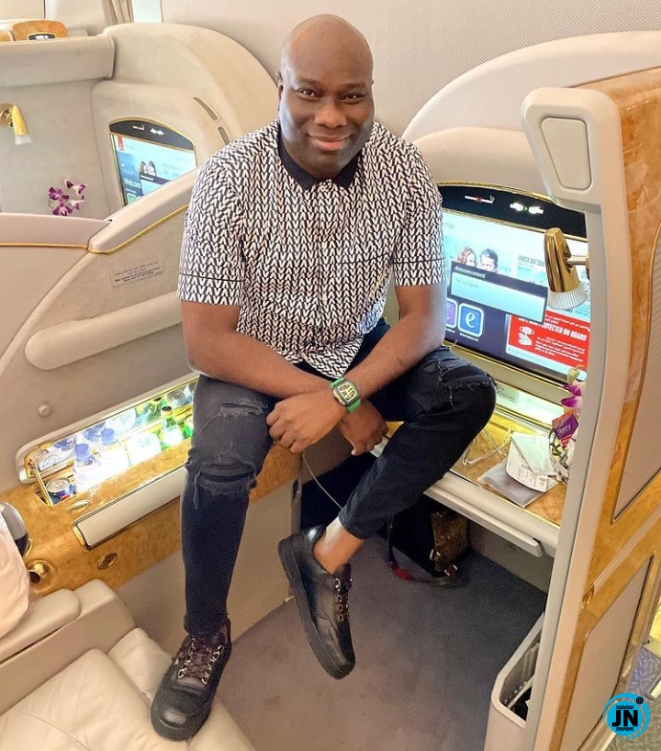 Nigerian big boy, Mompha has confronted Bobrisky for allegedly telling his personal assistant, Oye Kyme that they are in a relationship.

Recall, Oye Kyme earlier claimed that Bobrisky usually mentions that he is dating billionaire Mompha in the presence of people.

However, following their fallout, Oye Kyme took to Instagram to reveal details about the crossdresser as she claimed that he is dating Mompha.

She also claimed that Bobrisky is a full man, and still has a d!ck, while refuting his claims that he is a woman who has the organs of a real woman.

Mompha, in a voicenote which he shared was heard buttressing the fact that he’s married, and wouldn’t take such allegations lightly.

However, Bob blasted him, describing him as a wicked and selfish man.

Peter Okoye Allegedly Cheating On Wife, Lola With Ugandan Mistress
“Una Forefathers Do 419 With No Show Off” – Paul Okoye Subtly Shades Hushpuppi & Co
“We don’t need a dating app” – Leke Adeboye reacts to launch of RCCG’s Christian dating platform
See Video Of Chioma Getting Annoyed With Davido, As He Tries To Please Her