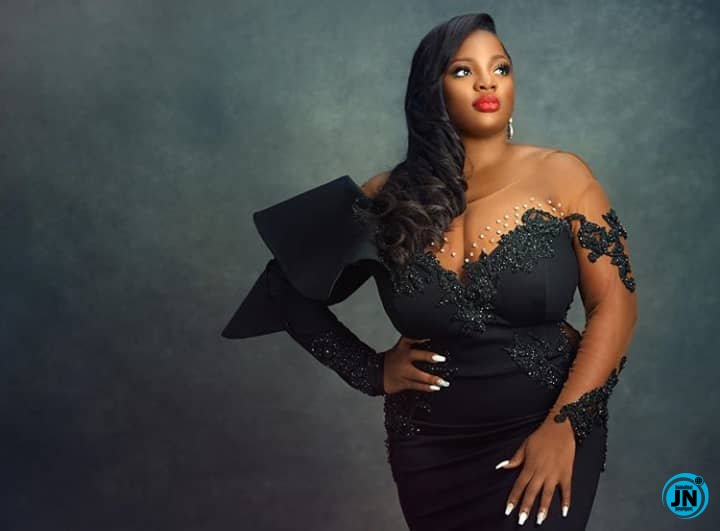 BBNaija’s finalist & runner up, Dorathy Bachor [/b]has reacted after former fellow housenate, Prince, got “PriDo” shippers worried by saying he made a lady’s hair after the show.

Trouble started after a Twitter user asked Prince if he has made someone’s hair after the BBNaija lockdown show. 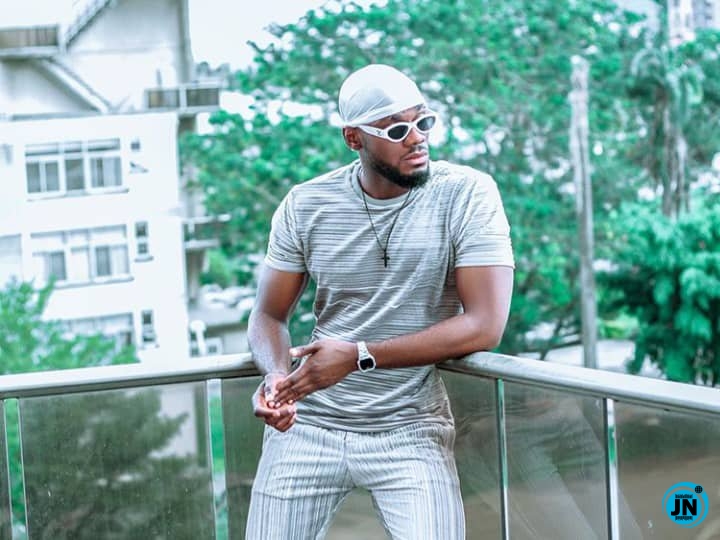 The fan however, tweeted,

“Have you made anyone’s hair since BBN? (PS: This is not a ship question o, so shippers please rest😂)”

“I loosened her hair… Dunno if that counts though🤔” 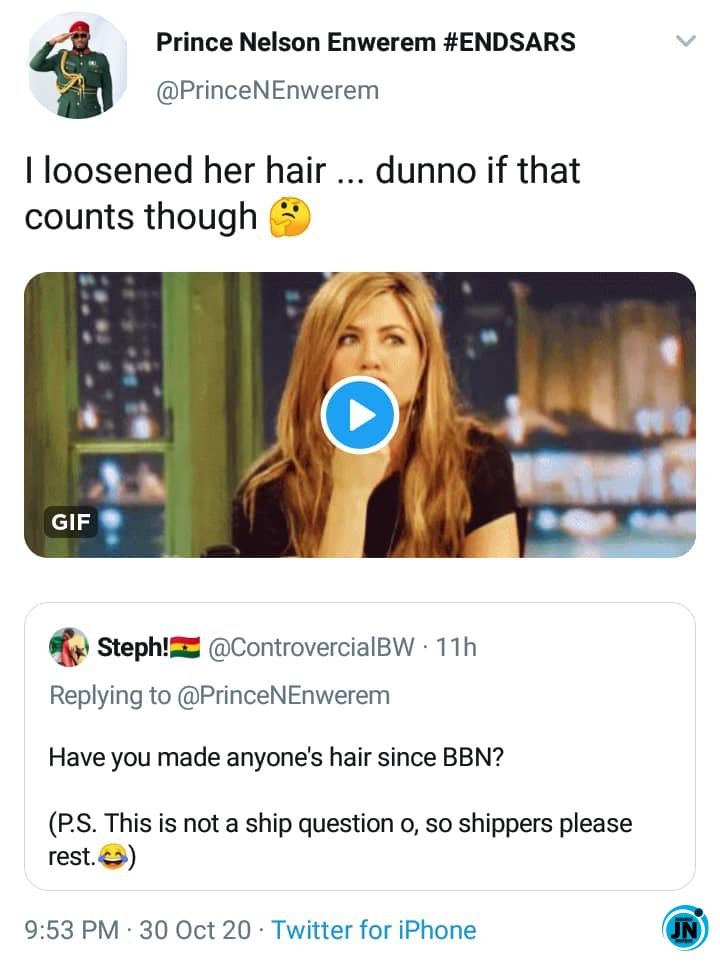 Seeing Prince’s tweet, a jealous Dorathy, who knows she wasn’t the said lady whose hair was loosened, tweeted, 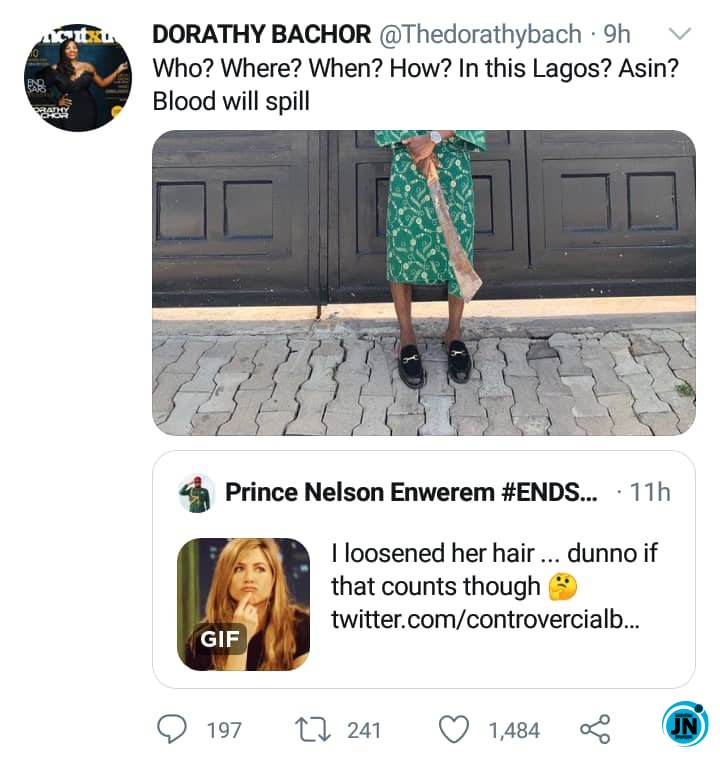 Are they not brother and sister in the Lord again?liar!