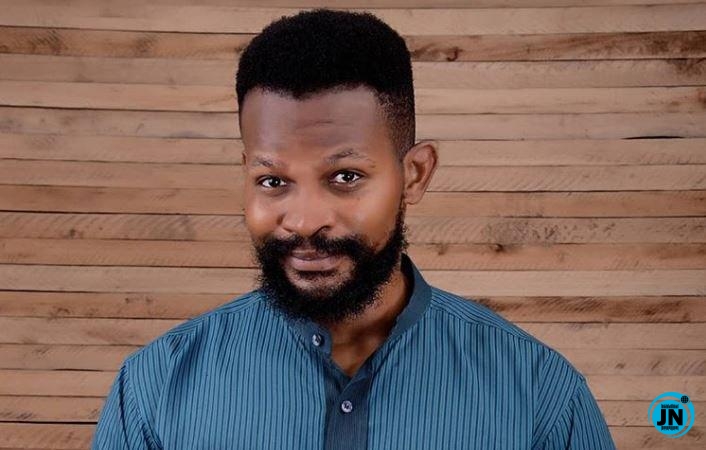 According to Uche Maduagwu, O.B.O’s voice is cracked and his songs are below standard quality, which is why he never got any Grammy nominations. 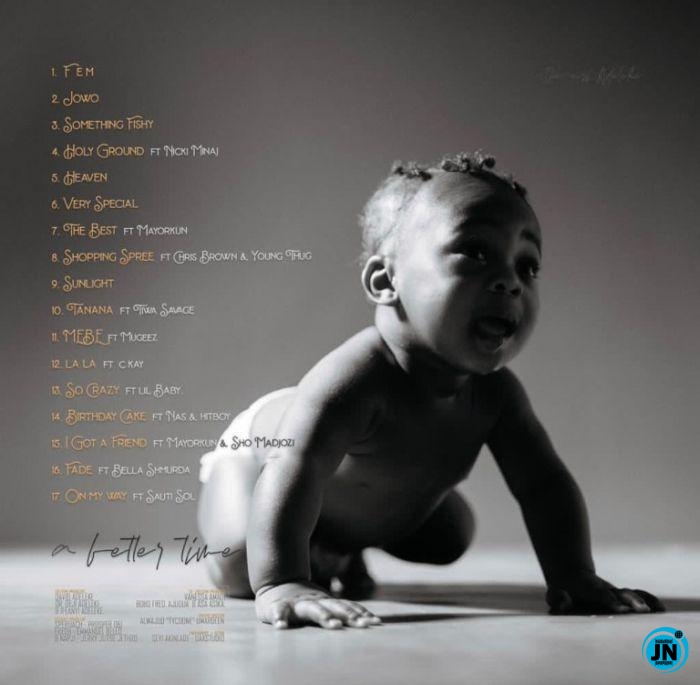 Davido, how can you say you are the biggest artiste in #Nigeria when you have never smell a #Grammy nomination? This is why #wizkid ignores you o maa n be.

“Being the biggest is not measured by how cracked your vocal cord is neither is it about how wealthy your father is and definitely not about the number of #instagram followers, it's about your street credibility and how you connect with the youth with your #music but can someone who allegedly deny being part of Abuja #endsars protest in IG of police office be crowned a king?

“davido yes you are the biggest my papa money help my music career if indeed its true you did not pay @nickiminaj for a collabo then thats because she does not see you as a BIG #international artiste like burna, femi kuti and starboy so she do charity work as her contribution to giving back to africa, go and marry chioma firstly and prove to us that you are king in Adeleke dynasty or why do you think beyonce did not work with you?🤣#share.” 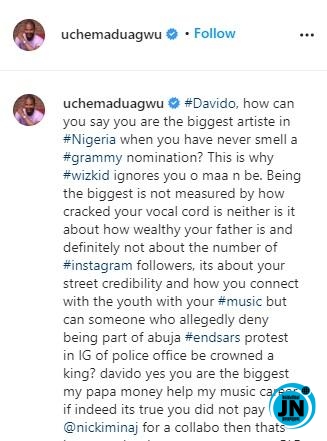 "I Parted Ways With Music To Become A Music Video Producer" – Director Akin Alabi
“I’m ashamed for sleeping with my boss even though I want more” – Lady seeks advice
“Stay away with your religious arrogance” – 2Face shades Apostle Suleman over comment on making money by speaking in tongues
2023: Don’t allow a mediocre rule Nigeria again – Ex-presidential candidate tells youths