To prove that their long time rift has indeed been settled, actress Toyin Abraham has publicly celebrated the son of actress, Wumi Toriola as he turned one on Tuesday, October 13, 2020.

Kemi Filani News recalls that Wumi Toriola and Toyin Abraham have not been on good terms since a fracas occurred between them while on a movie set years back and it grew worse after they gave birth last year with hate comments from their fans. The fight got messier day by day that no one could have thought the two talented actress will ever settle their dispute.

Wumi Toriola however announced a reconciliation months ago in a chat with Seye Kehinde saying “We have reconciled. We don’t just want to bring it online. We have reconciled and everybody is at peace now. I do tell people. Yes, our fans love us, they don’t want to see us fight but, in our industry, we are like family. 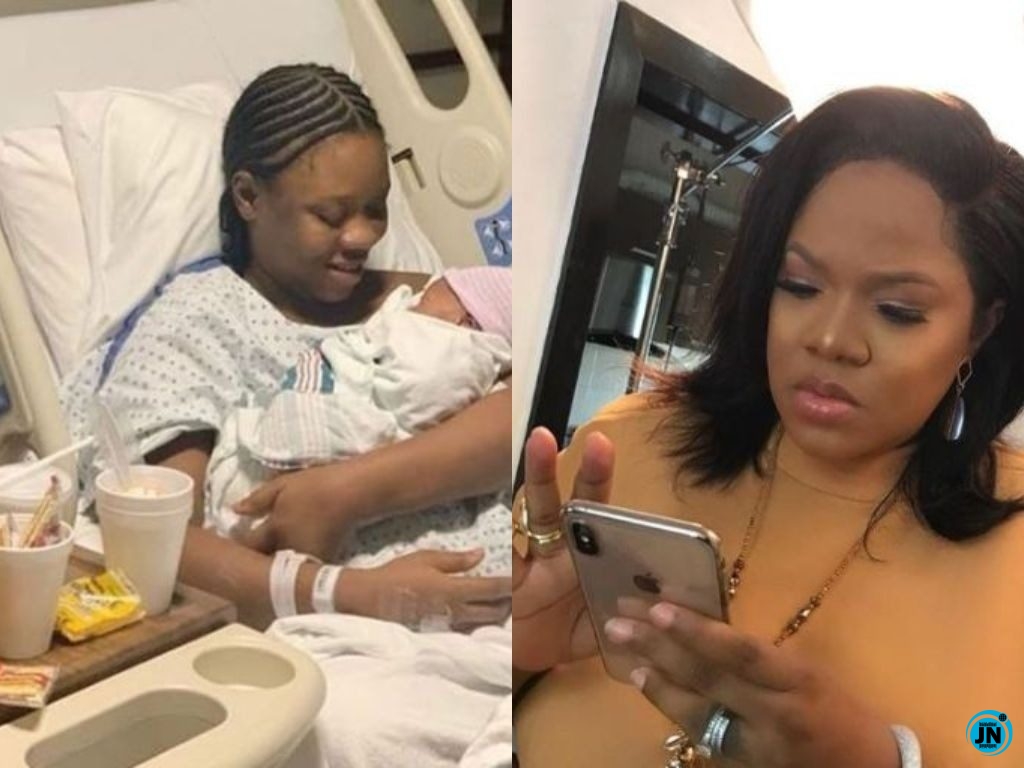 So, I am begging our fans, we are family…so please always take it easy on us. The only things that still bother me were when I was going to have my baby and someone wish my enemy to die in labor, it really hurt me…Toyin Abraham is a fantastic actress. I will just watch her sometimes and be like “Aunty ti ya were”, just thinking aloud. She is crazy. She is a fantastic actress. So, who wouldn’t want to work with an actress that makes your job easier? She makes the job lesser for you when you are on set with her. She always works with ease.”

Confirming their reconciliation hours ago, Toyin Abraham via the comment section of Wumi Toriola’s birthday shout-out to her son wrote “happy birthday ZION..HEAVEN will protect you…engineer with sweet onigi…”


Kemi Filani News earlier brought you photos from Zion’s first birthday shoot, now we have got photos from the grand birthday party his mum, Wumi Toriola threw in his honor.

According to Wunmi, God gave her a peaceful son and she is proud to birth him.


Watch video of Wumi dancing hard at the party below:

To every Abiamo tooto,thank you for the wishes,our children will continually be a source of Joy to us,thank you all,im coming for your posts and comments 🙏🏻🙏🏻

Actress Regina Daniels To Become First Lady Of Nigeria? (See Here)
“The first day I held you in my arms I felt a love so unreal” – BBNaija’s Nina shows off son, Denzel
Newlywed couple spends first night in a stadium after being arrested for breaking Covid-19 rules
Rudeboy Celebrates First Son, Andre Okoye On His 7th Birthday