Bella Shmurda, a rising star, has a series of bizarre rants on his Twitter profile. 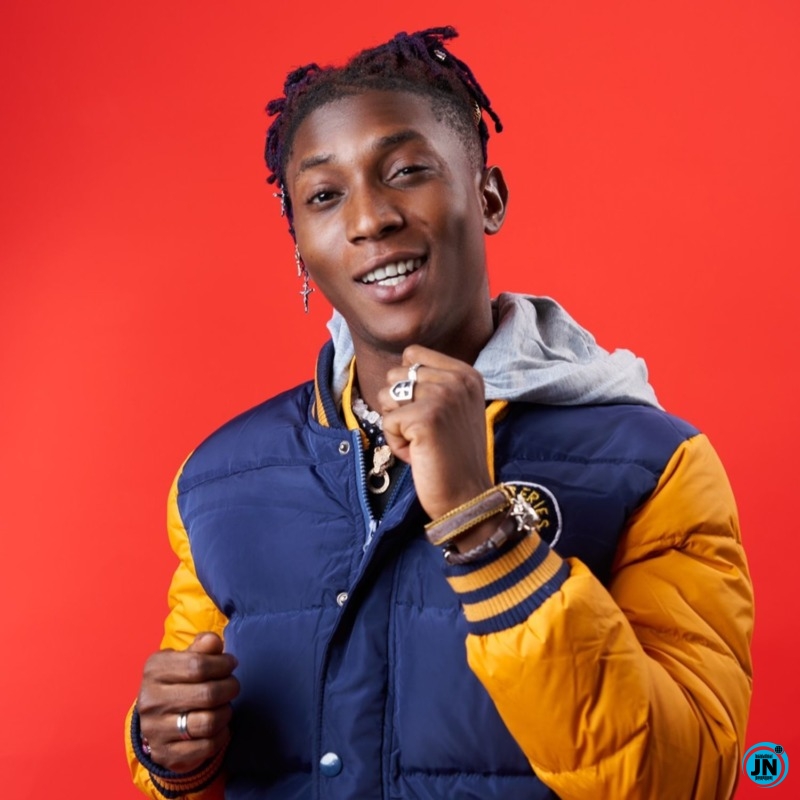 After pouring out pretty much anything and all on his page on Easter Sunday, the Rush singer found himself trending. The entertainer slammed pastors who he accused of accepting international faith while using black power for miracles in a series of tweets. He also wrote about whites who admitted that stealing was a sin, but nevertheless came to Africa to rob lands and other resources from Africans.

Bella Shmurda also alluded to the opulent lifestyles that some Christian leaders in Nigeria lead. He said that Nigerian parents cannot afford to send their children to church-run schools.

He ended his tweet by questioning why Africans don't celebrate their faith, but can happily celebrate Easter Sunday, which he dismissed as a foreign religion.

“Why would pastor accept foreign religion and still use black power, No you can’t do the two E go spoil
Christianity for prosperity Islam for peace Tradition for life
Same people that wrote Thou shall not steal, Came to our land and steal from us! They said love your brothers as your Neighbor or yourself.. why did they take their brother and neighbors as Slaves!
Independence or Sell Out!? Why sign a treaty for Independence?! They transacted business and call it independence
ow we’re enslaving ourselves! Can your parents afford education In the school your pastors built?
They taught us how to read and write our own language! Our own language is now Vernacular to us! They made it easier for themselves to fool our fathers! Their language is our official language!!
If I ever lie to the world! I can Never lie to myself #HappyEaster” 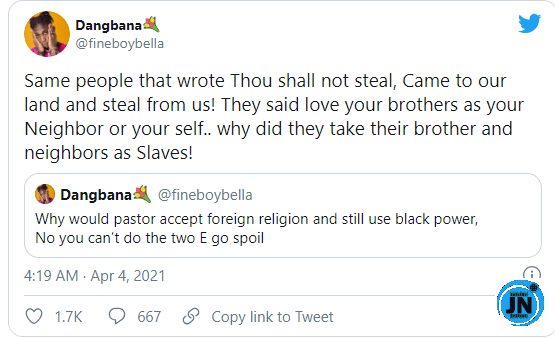 Wizkid Threatened Me With A Gun – Northboi Rants
“A lot of this yeye celebrities dragging Tope Alabi are thrash” – Bobrisky rants from his sickbed
”We are watching Nigeria slipping into anarchy” – Actress, Rita Dominic rants about insecurity in the country
Toke Makinwa rants on how people are more concerned with who she sleeps with than her accomplishments

Everything u say make plenty sense bro...let them take it as a correction for all the mistakes still persisting in the African continent