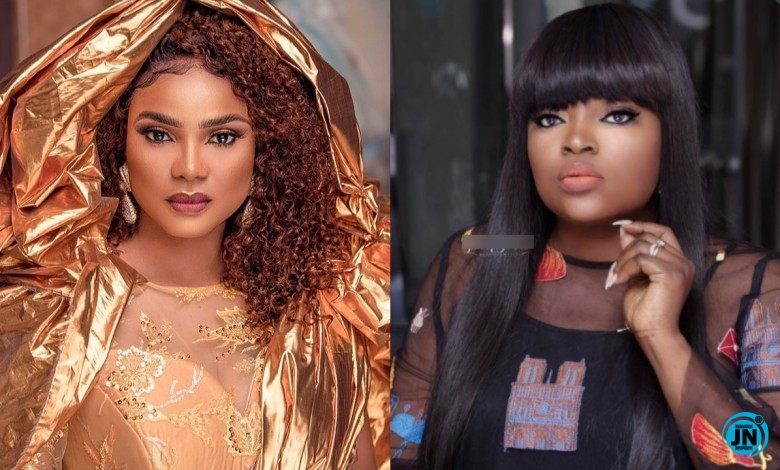 The Nollywood Yoruba film industry has witnessed a lot of fights and controversies among their female celebrities.

A number of these fights were one-sided as the other parties paid little or no attention to the unnecessary banters, this however made it easier for these fights to actually fizzle out quickly.

At the moment, there are speculations and rumors making the rounds that, top Nollywood actresses, Funke Akindele Bello and her colleague, Iyabo Ojo are currently not in good terms.

These speculations however, triggered more, after Iyabo decided to completely snub Funke Akindele, on her 43rd birthday, yesterday.

While many Nollywood stars took out time on their Instagram to celebrate the mother of two boys on her 43rd birthday and her wedding anniversary, Iyabo Ojo didn't bother to acknowledge her on these two occasions.

Based on the recent findings on Instagram, it was discovered that, actress Funke Akindele tends not to also acknowledge nor celebrate some of her colleagues on her social media pages.