Former BBNaija 2018 edition housemate, Nina Ivy has taken to her insta-stories, to blast those who falsely accuse others of rape, sexual abuse and assault, saying that they all deserves “serious beating at the market square”. 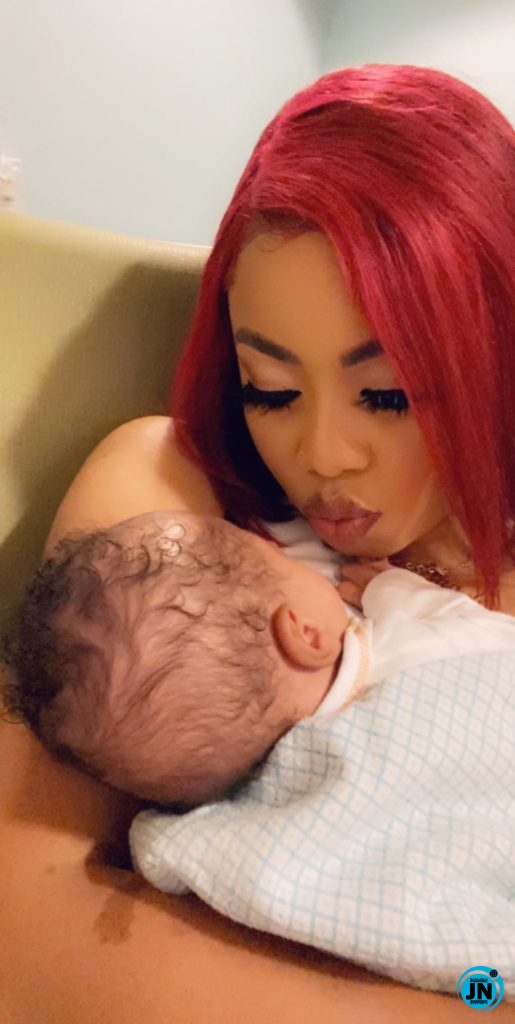 The screen diva made this known in an insta story update she shared on Instagram yesterday, July 4.

This is coming after several Nigerian male celebrities like D’Banj have been accused of rape by some ladies on social media.

In her words, Nina wrote:-

“Stop trying to/ruining people’s lives and reputations. The people, the public aka trial by media idiots, y’all need to stop trying to end people’s cuz someone said something.

“Let people have their day in court with real facts. Stop trying people from a story you heard.

“A lot of men and women have been victims of lies, families destroyed, careers ruined.

“Let’s be cautious and stop being to quick to END PEOPLE. Rape is a terrible thing, don’t play with it". 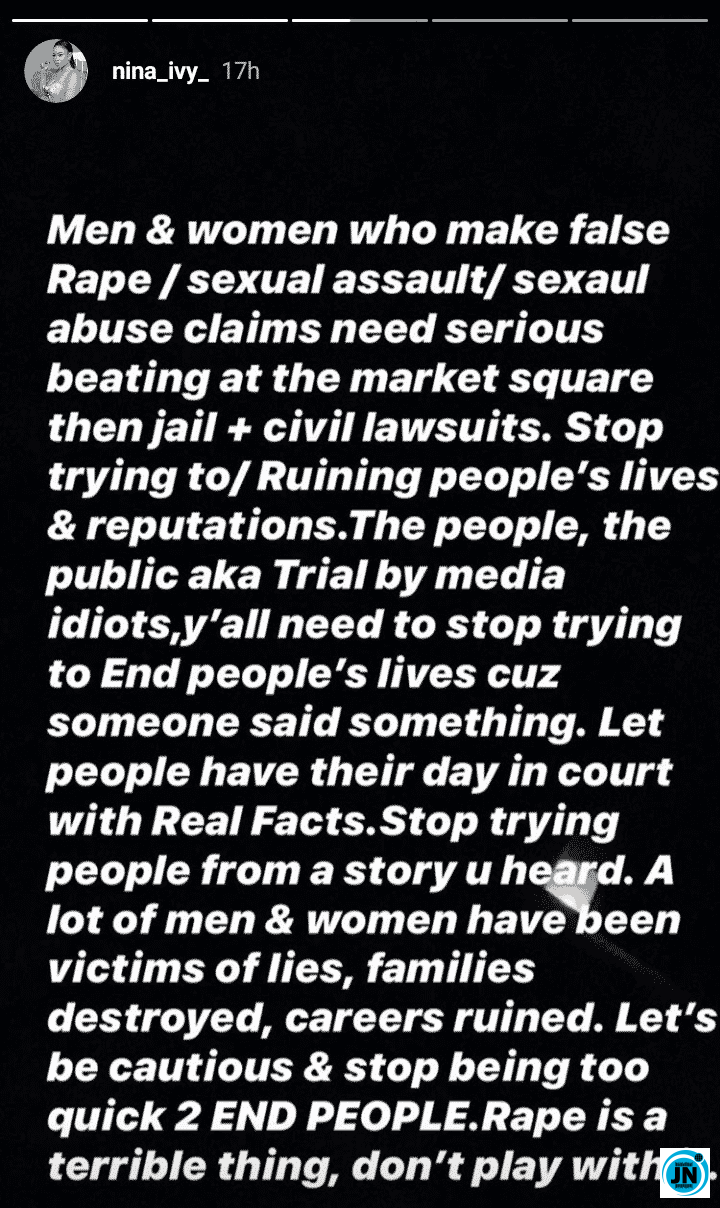