Actress and former big brother Naija housemate, Gifty Powers has revealed that she is a staunch supporter of America’s president, Donald Trump. 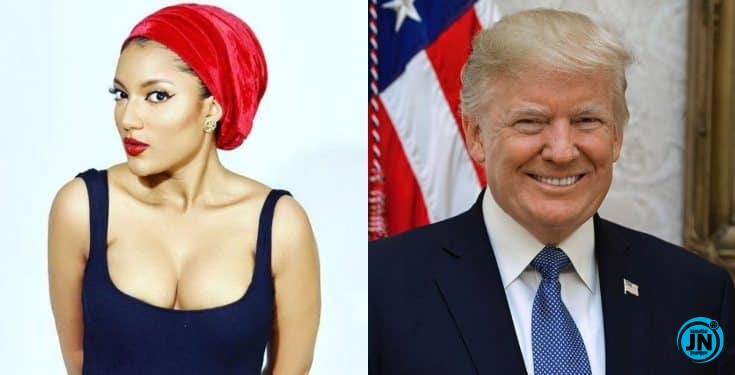 The reality star took to her Instagram page to pour encomium on Donald Trump and also prayed for him.

According to her, she doesn’t know what the world would have been without him.

she went further to pray for him to last as president forever, read what she wrote below;

“I am a huge fan of this amazing man.

There are a billion reasons why everyone should love this man.

I don’t know what this world would have been without you🤔.

@cnn or the world might not display the good you do or have done for people, but I know God ”gat” you, sir.

You are a Godsent to the world and I pray for you to remain on seat forever🙏.

We love you @realdonaldtrump •”. 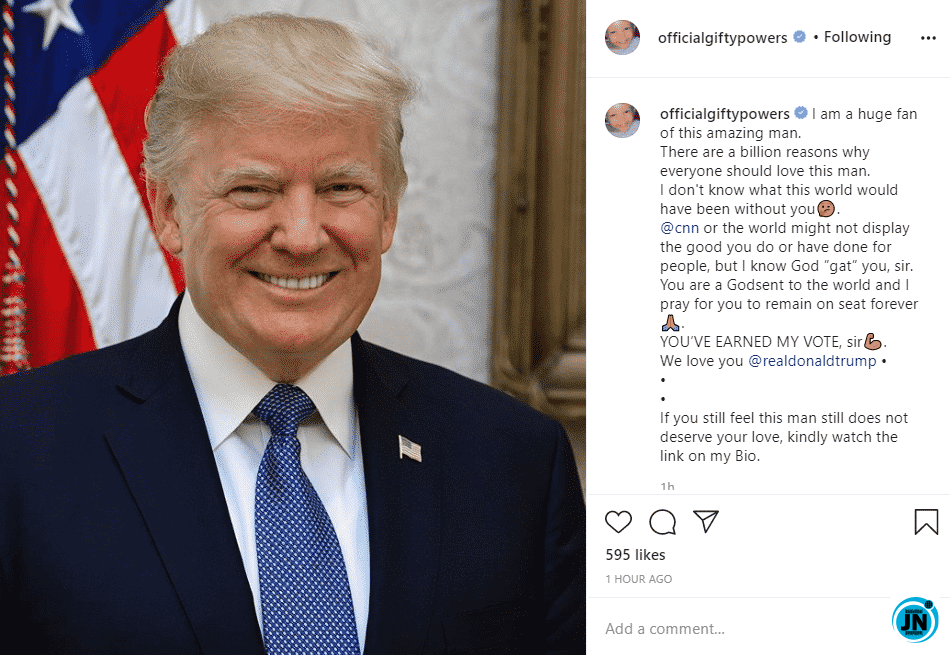 ‘She Can't Believe It’ - Fans Hail BBNaija’s Vee For What She Said About Wizkid’s Album
BBNaija: Ka3na And Lucy Reunite For The First Time After Her Eviction (VIDEO)
Arsenal midfielder tests positive for coronavirus
Nigerians pray for Mercy Aigbe for putting smiles on the faces of people with her new TV Show