It was an intense night in the Big Brother Naija house yesterday night after party after Head of House, Erica confronted Laycon. 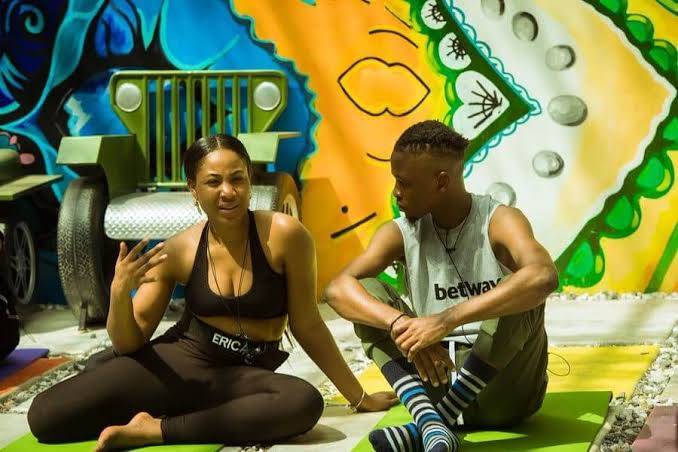 Every one knows after the Saturday parties in the Big Brother house a lot of things usually happen but, yesterday’s own was very intense that is has gotten some viewers asking Biggie to disqualify Erica.

Erica was in the midst of the whole drama as she firstly attacked her love interest, Kiddwaya for having a conversation with fellow housemate, Nengi at the party.

Then she proceeded to hit and confront her one time friend, Laycon over the claims that she tried to kiss him.

Erica’s choice of words were simply not nice as she definitely said the wrong thing when she said she would kill Laycon when they are outside the Big Brother house.

Erica mentioned that the only things saving Laycon now is the Big Brother house that if they were to be outside the house, she would kill him.

Some reactions however followed her statements, See them below: 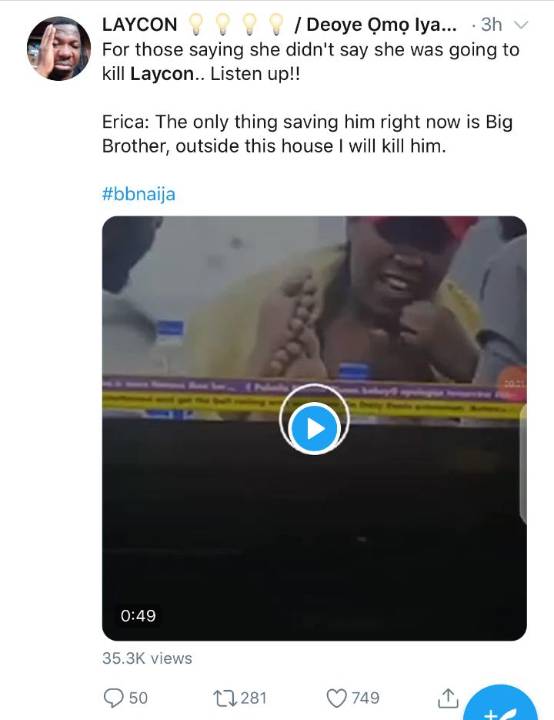 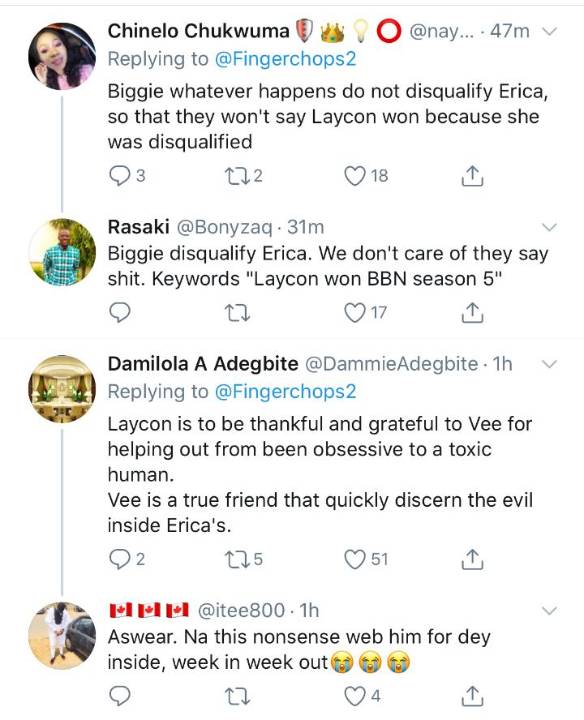 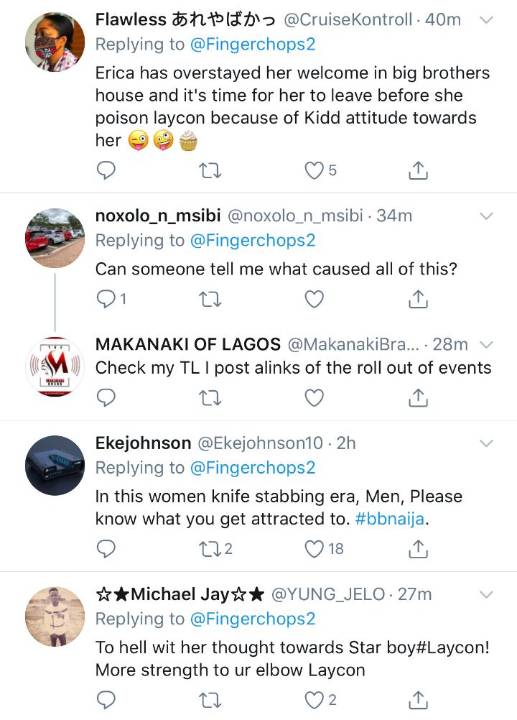 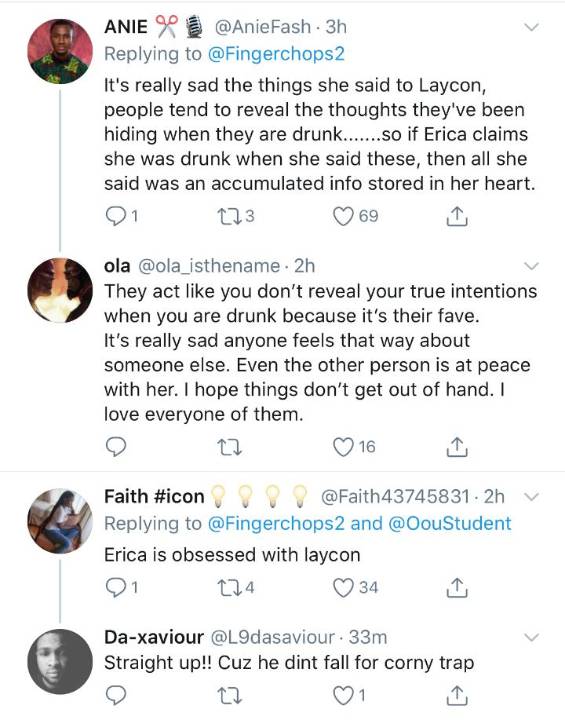 Mother stops son from marrying pregnant lover, says she’s not beautiful enough for her son (Read full story)
SHOCKING!: See What Happened To Dabota Lawson After She Divorced Her Ex Billionaire Husband
RAPE SAGA: D’Banj Continues His Pursuit Of ₦1.5 Billion Naira Lawsuit Against Seyitan As She Withdraws Petition
Tacha drags Shade Ladipo to filth after she mocked her for celebrating Nicki Minaj following her on IG