BBNaija star, Efe denies claims of being blacklisted by organizers of the reality show after he won
Posted by 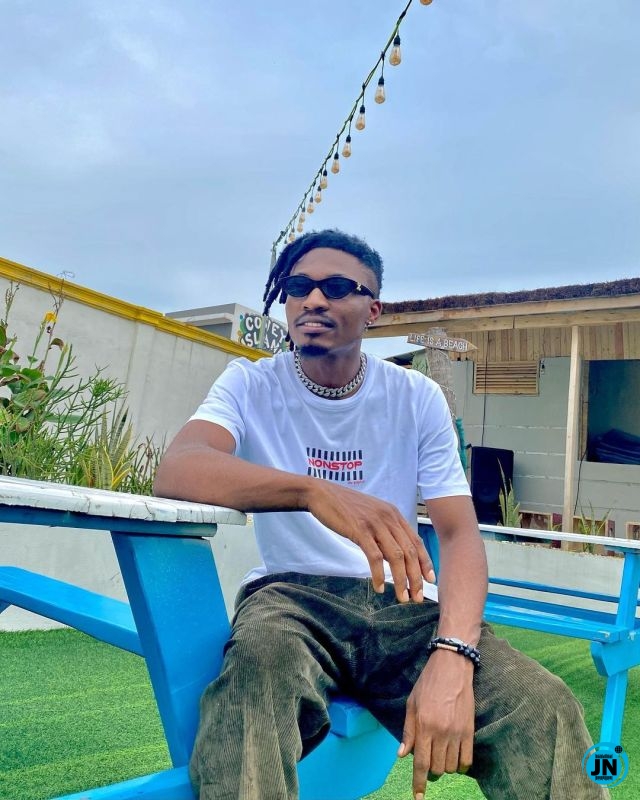 Reality TV star and singer, Efe has denied claims of being blacklisted by Big Brother Naija organizers after he won the reality show.

The news made rounds recently that the BBNaija season 2 winner was blacklisted by Multichoice because he allegedly disrespected their head. According to Nigerian media personality, Noble Igwe, Efe sat in his car and asked for the head of Multichoice to meet him before he comes out.

It was also alleged that Efe has apologized and tried to make amends but he was still shut out by Multichoice.

He wrote in part, “I was brought up in a family and society where respect to fellow human beings is highly valued and respect to elders is unquestionable. Unnecessary ego-boosting protocols or feelings of too much importance have never been attractive to me given my humble background.

Therefore, it is unimaginable for someone to conceive such character from me as a person and create a scenario that never existed. Hence, I’m clearly stating that the instance (Scenario) asserted that is making rounds in the media and public is false and never happened nor occurred.” 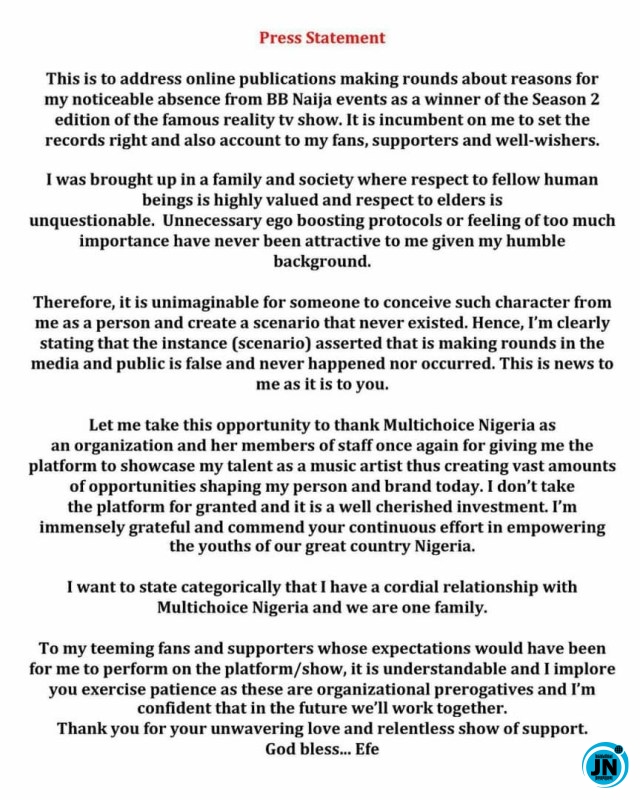