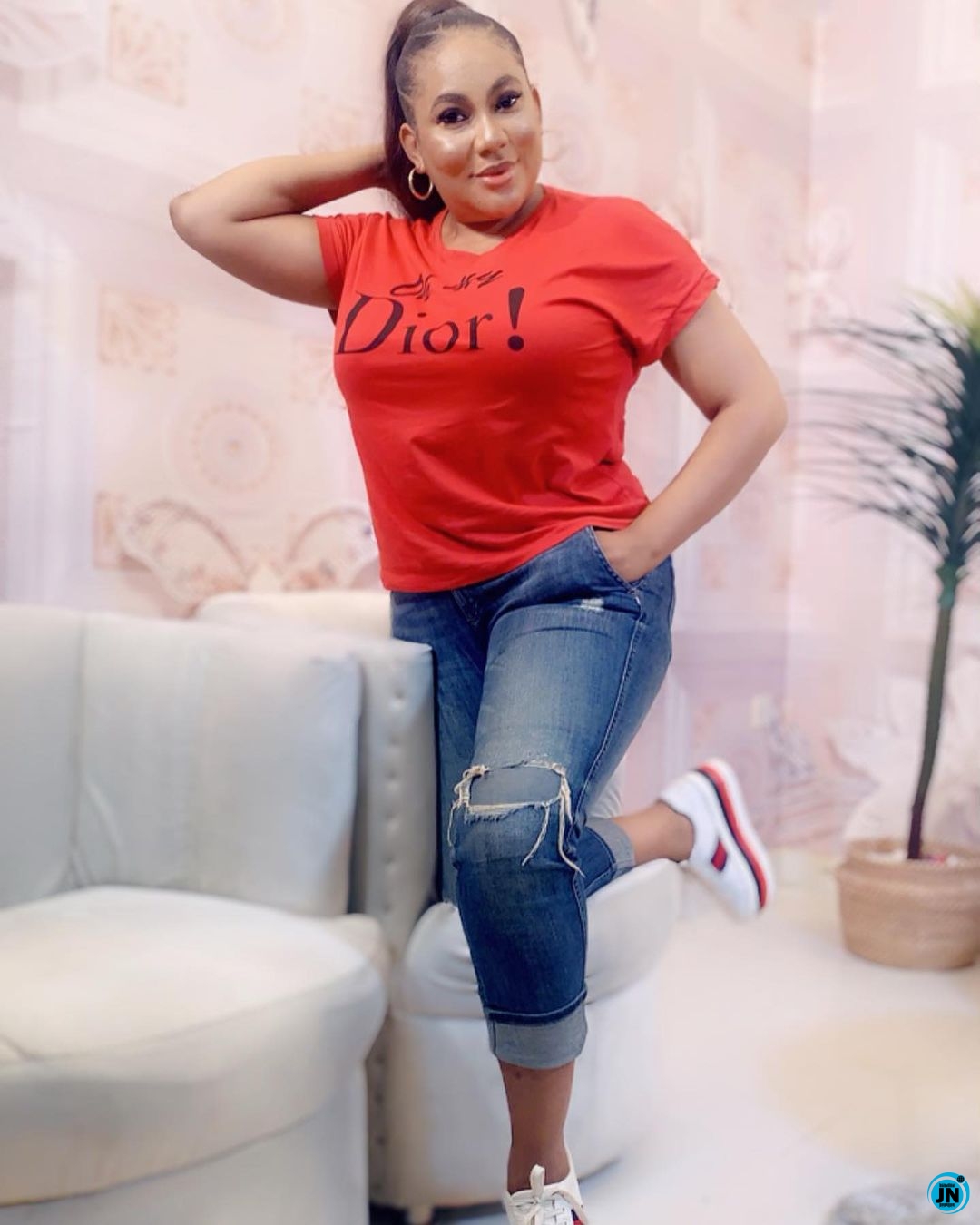 Nollywood actress, Chita Agwu has shared her opinion on the most-talked-about feud that occurred in the Big Brother Naija Lockdown season between Erica and Laycon.

Chita Agwu took to her Instagram page to say that Laycon who’s in a feud with Erica is manipulative.

This is coming after last night’s episode on the BBNaija reunion. It can be recalled that Erica had earlier called Laycon a snake and also said that he used her to get pity votes.

Meanwhile, Laycon had aired that the feud between himself and Erica could be avoided or better still, reconciled.

Speaking about the discord between two friends turned enemies, actress Chita Agwu has opined that Laycon owes Erica an apology.

“Laycon owes Erica serious apology but if he feels he doesn’t then its fine.. let God be the judge.
Mehn dude was very manipulative” 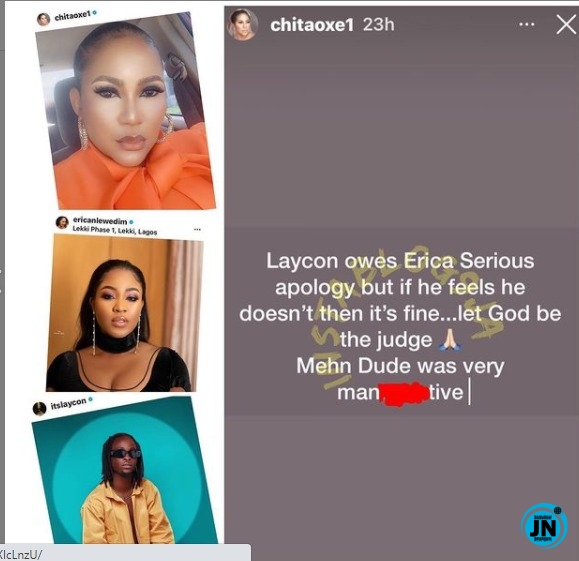