Viewers of one of the most watched reality TV show in Nigeria, Big Brother Naija have compared current housemate, Ozo and the disqualified housemate as ‘twins’ 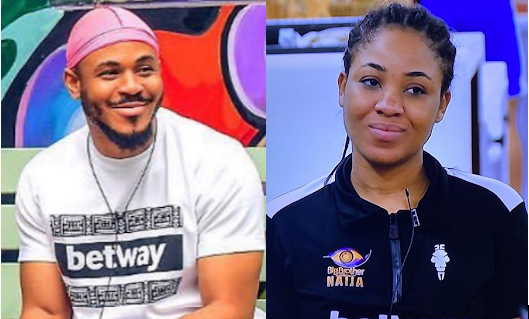 Well, if one could look closely the duo for sometime now have had the same fate befalling them as they always get the same thing.

While still in the house, Erica got her first strike on the same day Ozo also got that.

Erica however went on to get more strikes which led to her disqualification.

In the late hours of Friday, Big Brother also summoned all housemates to gather at the lounge and he played a clip for them.

That clip showed how, where and when Ozo was breaking the house rules for the sake of his love interest, Nengi by writing her letter to her.

The act of writing something is actually prohibited in the Big Brother house so Ozo got another strike for it.

In a similar fashion, Erica was also pissed of with seeing her love interest Kiddwaya with someone else which heaped her anger on the night she signed up for her disqualification.

Viewers have seen this and now tagging them the twins of this years Big Brother Naija. 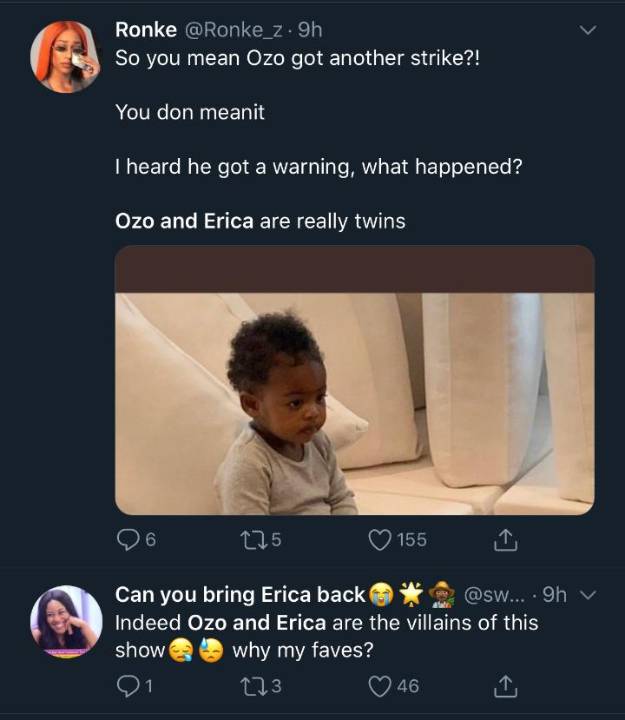 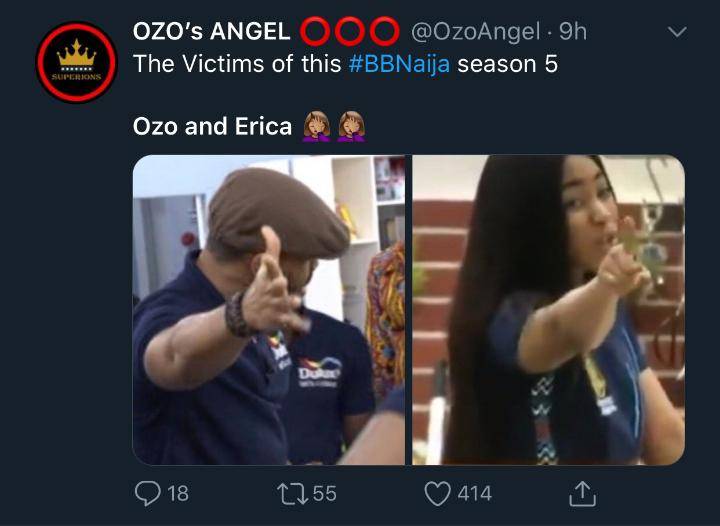 Ini Edo, Eniola Badmus, others join Mary Remmy to celebrate her husband as he turns 40
“How my ex-girlfriend, Autumn Spikes tried to extort $5m from me” – Aliko Dangote narrates
Coronavirus: I’m Not Coming Back To Nigeria - Tacha, See How Nigerians Reacted
Uproar as Remi Tinubu’s 60th birthday photo album takes over Nigerian Newspapers