#BBNaija: Niyi becomes second ‘Shine Ya Eye’ housemate to be evicted
Posted by 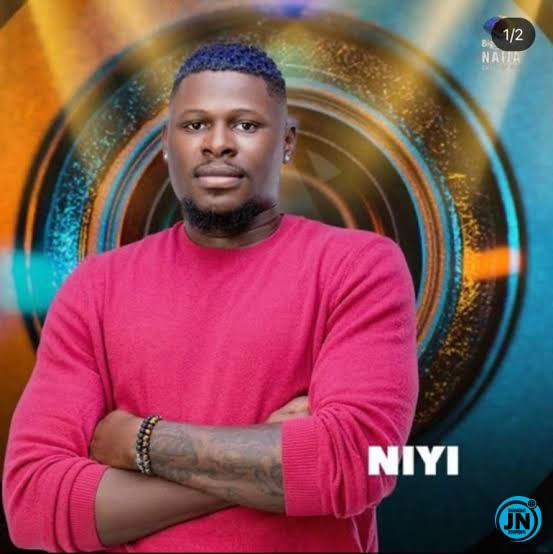 It is the end of the road for Yerin and Niyi as they become the first housemate to be evicted from the Big Brother Naija ‘Shine Ya Eye’ TV show.

This is coming after two weeks stay in the Big Brother house that witnessed series of drama and fun moments too.

They were nominated alongside other housemates, Beatrice, and Whitemoney.

During the live eviction show on Sunday evening, the show host, Ebuka Obi-Uchendu, put out the suspense in the air when he announced Yerin as the housemate who is going home to their family.


It was quite an emotional moment for the other housemates to watch one of them leave.

Niyi is a 33-year-old computer engineer from Oyo State. Though he was once in the running to be a professional basketball player, that ambition was quickly quashed when he sustained an injury, leading to sciatica.

With a sense of Dennis Rodman about him, he still loves to play basketball and work out, and is adventurous when it comes to new food, and enjoys both eating and cooking it. He is also an avid reader, aspiring writer and is fond of playing board games and card games – he even has a gaming license.


A husband and father, Niyi describes himself as “optimistic, spontaneous and adventurous”, while others describe him as being energetic.

Man Gifts BBNaija's Frodd A Brand New Mercedes Benz, After He Was Trolled Yesterday For Not Owning A Car (VIDEO)
BBNaija 2020: “Lilo Just Left, Why Are You Rushing Me Into Her Bed” – Wathoni Fires (Video)
“Gonna be 100% committed in taking care of myself and my children” – Korri Obidi finally breaks silence on divorce from husband, Justin Dean (Videos)
Woman challenges Remi Tinubu for being called a thug