Big Brother Naija alumni, Lilo and BamBam were recently spotted together at an event where they exchanged warm pecks and lovely smiles. 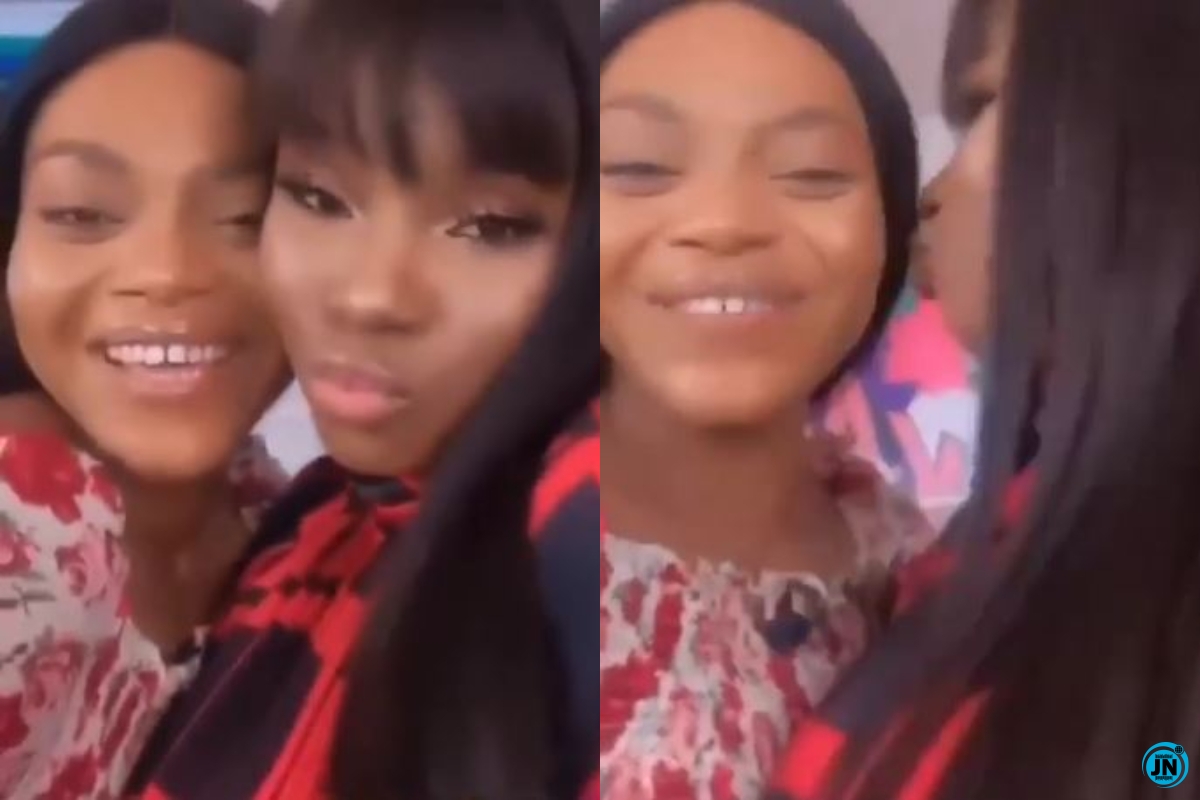 Lilo who was a housemate in the fifth edition of the most-watched African reality TV show was among the first set of housemates to be evicted from the show as she bowed out in the second week of the show.

She a while ago, kinda admitted to losing her focus in the game because she found herself in an entanglement with Eric.

In a lovely video that’s been shared online, the lovely who hails from Osun state was spotted with her alumna of the reality TV show, BamBam. Some viewers claim Lilo played BamBam’s script but failed to work for her survival in the game.

Whether or not it was a script Lilo played, this new video shows that both lovelies are warm towards each other.

Watch the pair below,

Chioma part ways with alleged lover, King Carter
Dorathy confesses after being accused of having a ‘freaky moment’ with Brighto (Video)
“No bestie anywhere” – Bobrisky declares after fall out with former bestie, Tonto Dikeh
BBNaija: Ozo Clarifies The Air On Bathing With Nengi, Says It Never Happened (VIDEO)