Evicted Big Brother Naija 2020 housemate, Lilo Aderogba has revealed her intentions if Laycon is announced the winner at the grand finale tonight. 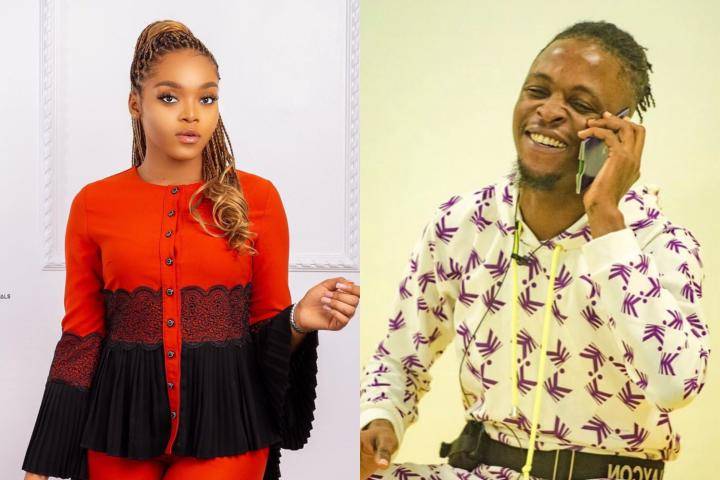 It looks like a new long term friendship or something higher would happen between Laycon and Lilo as they have overtime displayed their affection for one another.

Laycon had always mentioned in the Big Brother house that he would love to have Lilo to himself, Lilo as well has not turned out the affection as she always declared her likeness and support for him.

Well, another one happened again as Lilo stated that she loved Laycon and was willing to come on stage tomorrow and not anybody can stop her from doing that.

The post talked about Laycon’s outfit where a had a crown on his head and the caption of the Instagram post reads that royalty looks good on him.

Laycon – Wagwan Lyrics
Laycon Unfollows Erica On Instagram, After She Refused To Follow Back On (Photos)
Massive crowd welcomes Laycon in Lagos amidst singing and drumming (Video)
"If I Don’t Win, I Think Dorathy Will" – Laycon