Housemate in the ongoing Big Brother Naija season 5, Vee has revealed to Big Brother that she is not surprised Erica got disqualified yesterday. 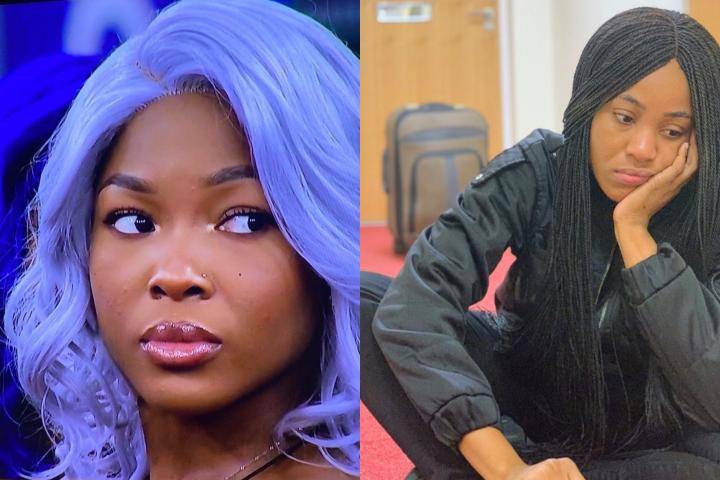 Erica had been on two strikes for sometime now in the house and she bagged her third after her outburst on Saturday night which led to her dismissal on Sunday night.

Erica was on the verge of disqualification after bagging the two strikes and a strong warning, but she allowed her emotions play her.

This disqualification however did not come as a surprise to Vee who said it was a disappointing but at the same time not surprising.

“How can you be Head of House and have immunity and just mess up that opportunity like that? It was disappointing but not surprising. It is what it is."

She however concluded it by saying she saw the decline in Erica’s attitude and behavior while watching all she did on TV.

This however has gathered some reactions on social media and one is Twitter. 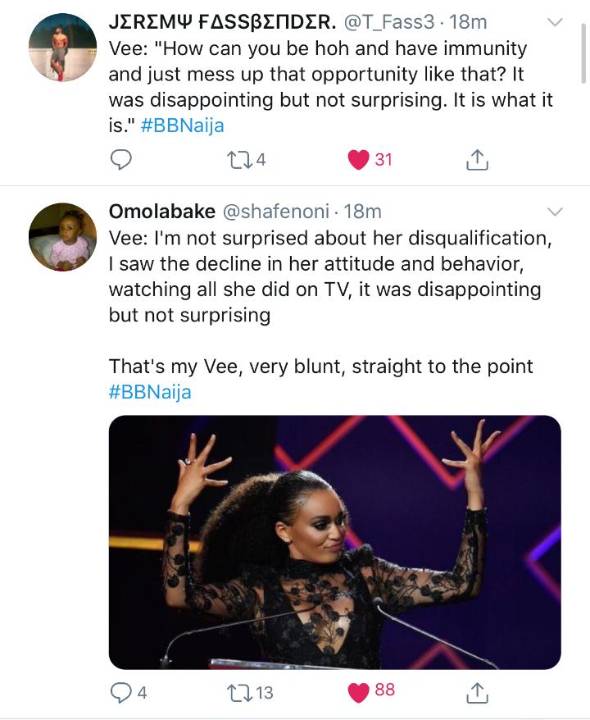 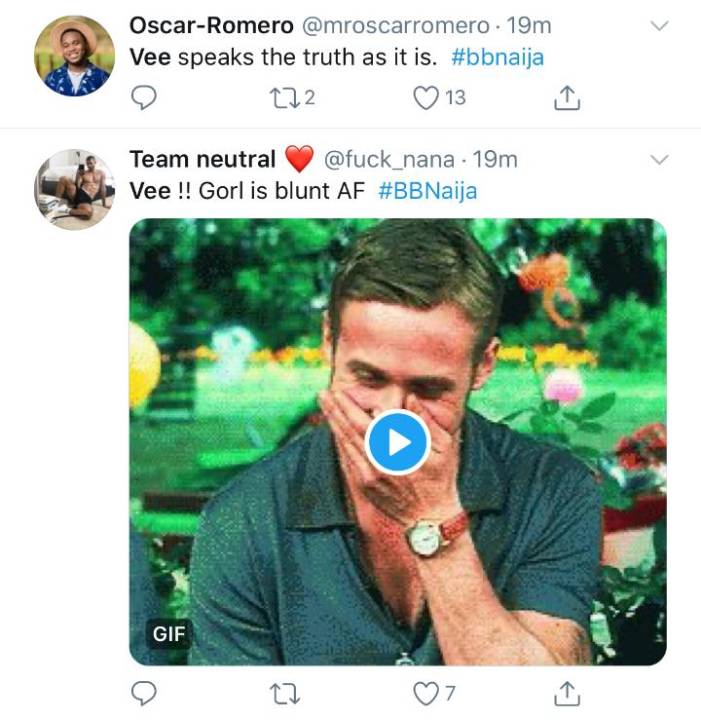 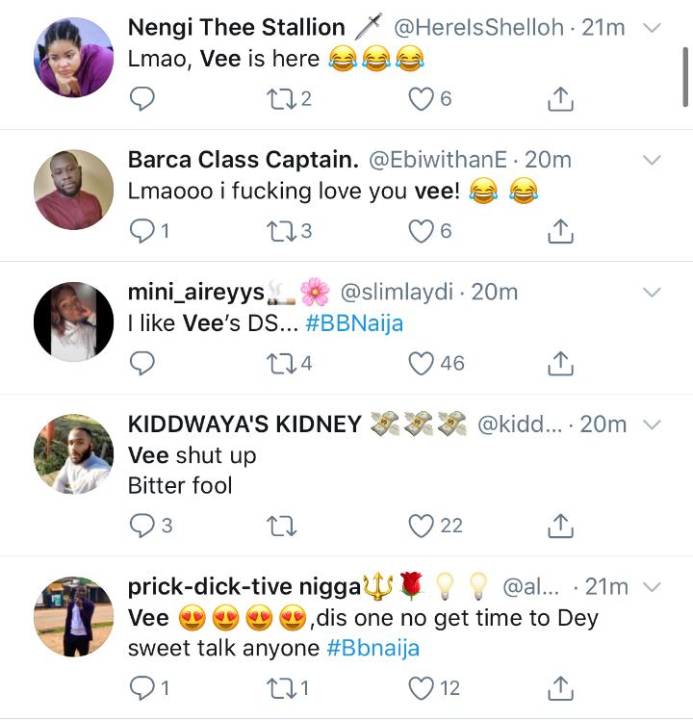 #BBNaija: "I Don’t Have A Libido" – Lucy To Laycon
BBNaija: Ka3na And Lucy Reunite For The First Time After Her Eviction (VIDEO)
BBNaija: ‘He Is So Sweet’ - Reactions Follow What Kiddwaya Told Big Brother About Erica Today
#BBNaija: Why I Refused To Accept Ozo’s Proposal" – Nengi Tells Laycon