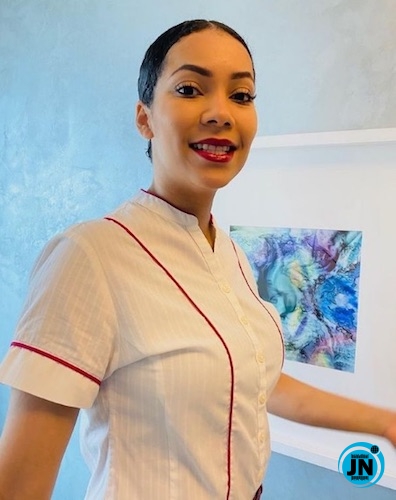 Housemate Maria has shown she’s mad for being nominated for eviction after she angrily rejected Liquorose’s offer to see a movie.

Before Big Brother announced the housemates for possible eviction, he rewarded Liquorose for winning her HOH challenge for the fifth week. He allowed her to watch a movie at the executive lounge and she could pick 4 housemates to join her.

According to Maria, she’s not going to watch movies with people she doesn’t want to be around in the meantime. They should keep their movies to themselves since she wasn’t interested. 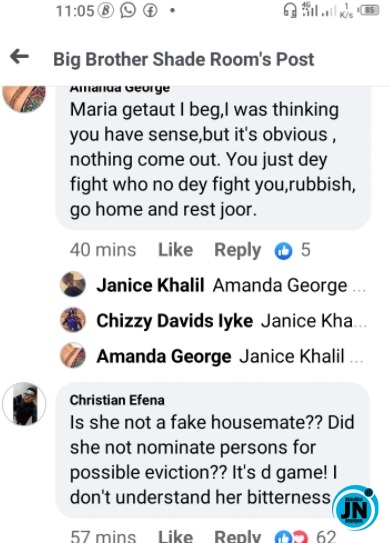 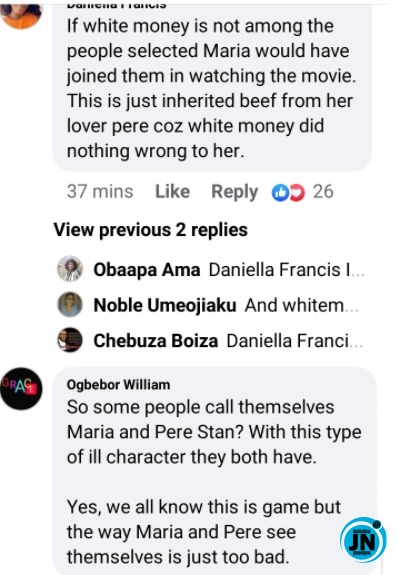 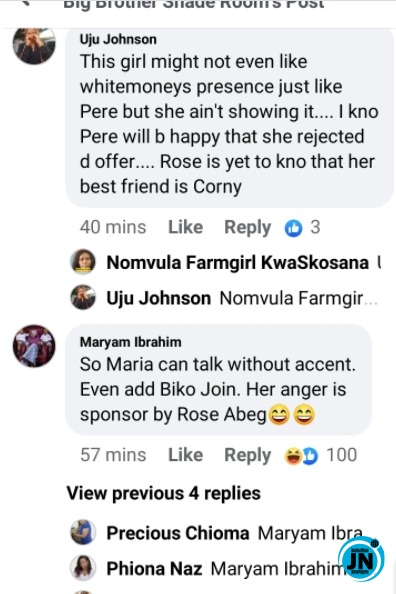 “I’m officially a homeowner” – DJ Cuppy hints fans on the acquisition of a pink penthouse in London
“I don hang boot” – Comedian, Mr. Jollof quits smoking (Video)
“I trust naija babe” – Nigerians react to video of a lady receiving heavy slaps without fighting back
“I Started Entertainment Out Of Hunger, When Hunger Hits You, You Will Figure Out Your Talent” – Broda Shaggi