#BBNaija: Fans Erect Massive Billboard Of Yousef In His Hometown, Jos
Posted by 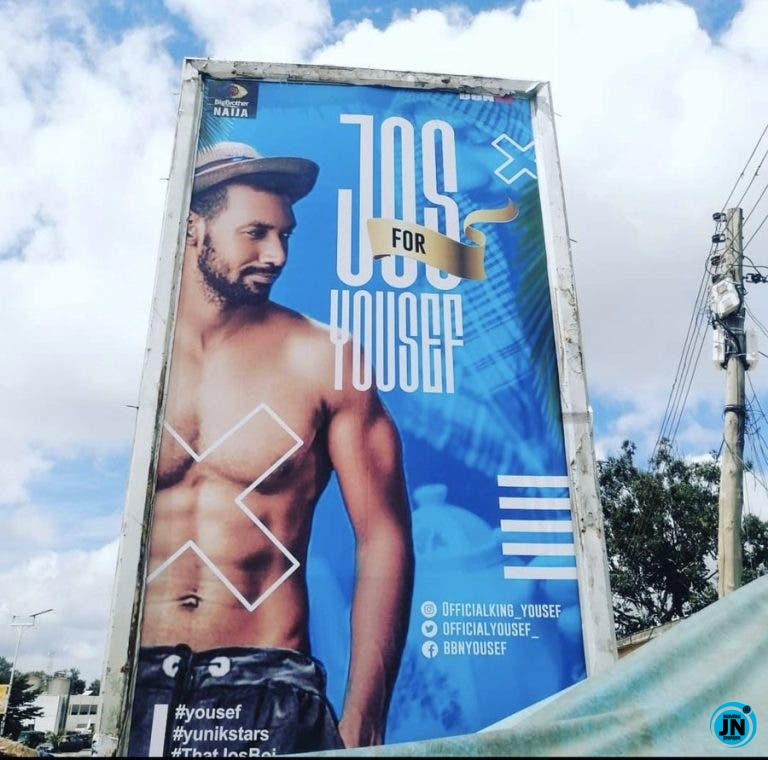 Only days after his students took to the street to campaign for him, his fans who have identified as Yunikstars have erected a massive billboard of him in his hometown, Jos.

The billboard has a stylish photo of him with an inscription that reads, “Jos for Yousef”.

Sharing a photo of the billboard on his official Instagram page Yousef’s Instagram handler thanked his fans for their support.

This gesture has however stirred reactions from Nigerians on social media.

“This is not right❌❌…It’s BigBrother Nigeria, Not BigBrother Nothern Nigeria nor BigBrother Jos… Because Yousef is from Jos is not enough reason to converse with Jos for Yousef. Whoever is handling this profile should better think outside the box because Only Jos can not keep Yousef in the House… GOOD LUCK!!”

“She’s too smart” – Reactions as Imade interrogates Davido for snubbing fans (Video)
James Brown commences studies at UK university; wows fans with video of himself giving a presentation in class [Video]
“No spoil my motor o” – Portable warns as he shows love to fans with wads of cash (Video)
Chelsea Fans Slam Hudson-Odoi After Tammy Abraham Told Chelsea How Much He Wants To Be Paid