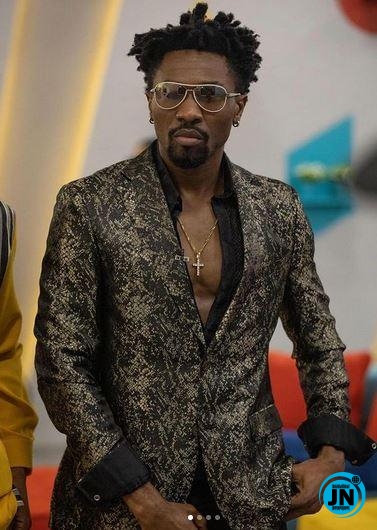 Recently evicted housemate Boma’s Instagram page has been switched to ‘private’ so as to avoid intrusion from Netizens.

However, this is coming after he was evicted from the Big Brother Naija live show with public opinion against him pertaining to his involvement with a married woman, Tega during the live show.

Recall that on many episodes, the two in-house lovers were caught kissing, and touching themselves in a suggestive manner.

Well, Netizens who were ready to drag him to filth are unfortunate as his Instagram page has been banned from public viewers. 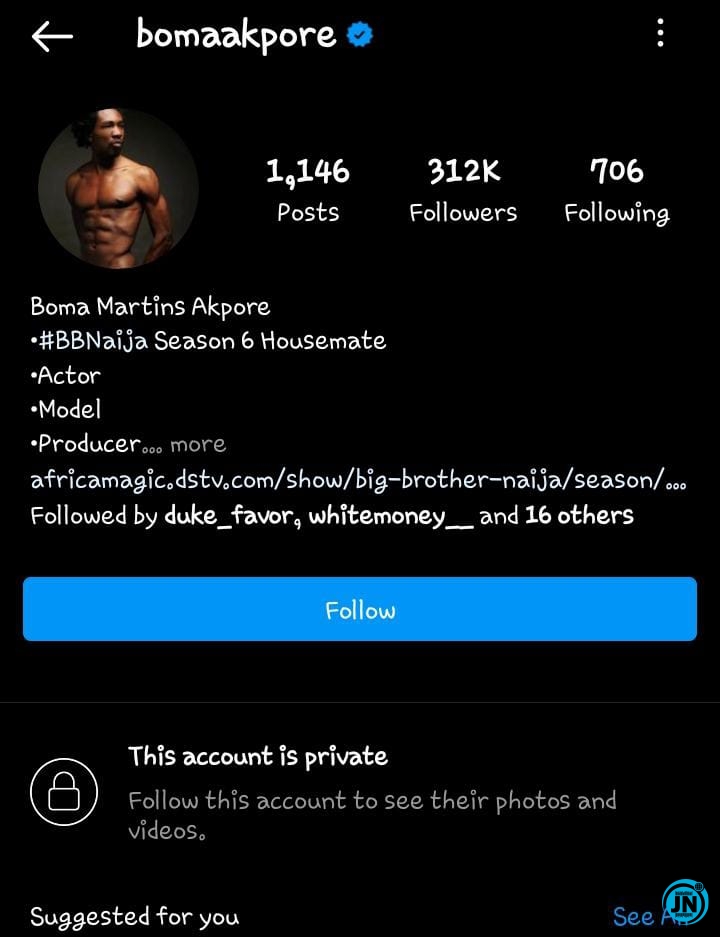 “Baba don lock us for outside”

“They lock us inside is make he no worry., we dal Inside already”

"My Heart Is Too Heavy, I Lost 7 People In 2 Days” – Tonto Dikeh Cries Out
#BBNAIJA5: Moments Nengi Flashed Her 'HEAVY Backside' In Front Of Ozo, To Catch His Attention (VIDEO)
#BBNaija: Boma switches IG page to ‘Private’ following heavy bashing that trailed his eviction
“I trust naija babe” – Nigerians react to video of a lady receiving heavy slaps without fighting back