BBNaija 2021: Maria & Pere Revealed As The Wildcards, This Is What Will Happen To Them In The Show
Posted by

The Big Brother Naija season 6 is about to get much more enjoyable as viewers now know who the two wild cards are, and they are Maria and Pere. 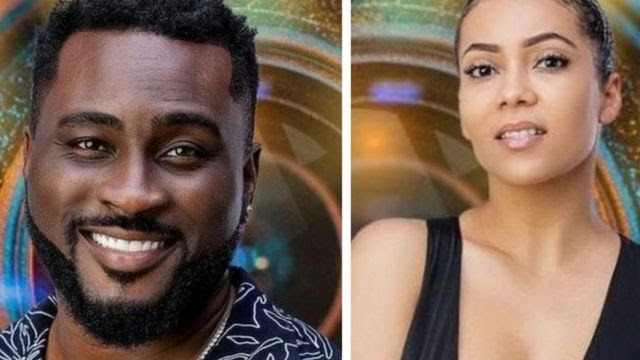 Recall, Biggie had asked the housemates to get to know each other, and from there, they could guess who were the wildcards because the wildcards would have similarities.

The housemates have no idea who the wildcards are, but the viewers already know due to the hints and it's even easy since it has been revealed to the viewers.

The Wild Cards' role in the Big Brother house is to provide entertainment.

On the second day of the show's premiere, Ebuke Obi-Uchendu, the host of BBNaija, stated that the two housemates chosen from among the 22 participants are actually "wildcards" who will be revealed during a special diary session.

They would be given sole ability to suggest housemates for elimination if they stayed in the house.

The housemates, on the other hand, are relaxed and still wrong as to who the wildcards are, leaving several of them guessing.

#BBNaija: Big Brother introduces two more housemate, Kayvee & JMK
"I lost my older brother to Nigeria’s poor healthcare" – BBNaija’s Mike Edwards, recounts his past story
#BBNaija: Moment a ‘hungry’ Pere came to the kitchen to find food only to discover that there’s no food, including water to drink (Video)
See The BBNaija Housemate Who Has Secured An Ambassador Deal Just 2 Days Into The Show