BBNaija 2021: Angel Bursts Into Tears As Boma Blasts Her Saying, ‘I’m Not Your Mate’ (Video)
Posted by

As their teams fought during task preparation, Angel and Boma, Big Brother Naija Shine Ya Eye housemates, got into an argument. 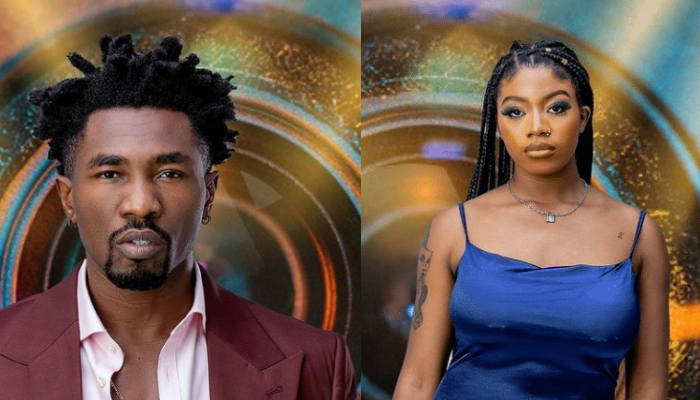 The rivalry between the two teams erupted during their Saturday work, which required them to create a creative piece for one of the show's sponsors, Waw detergent.

“Are you crazy?” Boma yelled at Angel in the midst of the brawl. Then he continued saying, “Is it because we are all staying under the same roof ?”.

Angel, however, replied, saying they’re mates as long as she continues to live in the house.

“You're not my pal in the least. You'll never be my friend. What's the matter with this one?” Boma replied.

Angel then informed him that if he was that angry about what she said, he should beat her up.

“Why would I beat you?” Boma responded. “What's the matter with this one? Are you the leader?” He ended.

The housemates attempted to calm Boma down while the rest of them shouted their voices in protest of the apparent partiality in the Waw task.

When Boma inquired if she was crazy, Angel told the rest of her teammates how angry she was. She stated angrily that she is no longer interested in the task.

An angry Angel then stated she doesn’t want anyone yelling at her, saying, "I'm not interested in it."

Her teammates helped her relax so that they could get back to work.

Then after the first round of the task was done, Angel could be seen in the room being comforted by her teammates as she busted into tears over what happened.

She later stated Boma might be talking to her that way, taking advantage of the fact that she is the youngest in the house.

BBNaija 2021: Angel Bursts Into Tears As Boma Blasts Her Saying, ‘I’m Not Your Mate’ (Video)
#BBNaija: Boma switches IG page to ‘Private’ following heavy bashing that trailed his eviction
Meet Boma, Saga & Other BBNaija 2021 Male Housemates (Photos)
#BBNaija: “Did you bring your room to the house?” – Boma lashes out at Maria after she told him to stop talking after light outs