In the midst of the intense drama that ensued between Erica and Laycon yesterday night she said something that caught the attention of viewers. 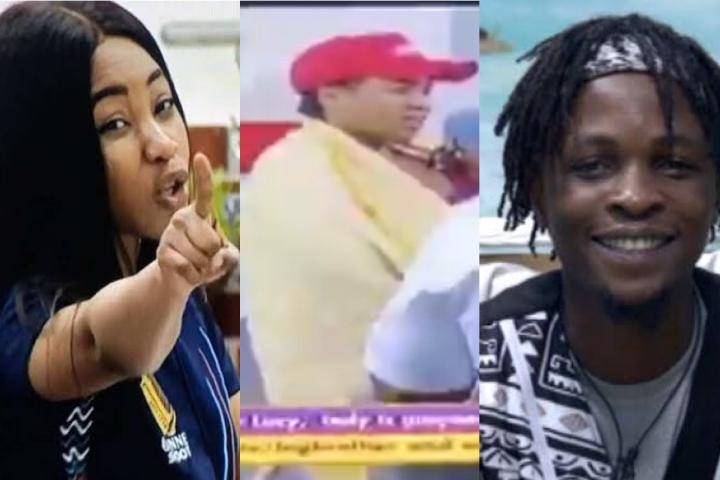 Yesterday night after the intense drama, Erica later got to sit with her close allies, Kiddwaya and Tricky Tee then she made a statement.

She clearly stated that Laycon would leave the Big Brother Naija house this Sunday.

She stated that Laycon deserves everything she is doing to him as at yesterday and it could have been worse if she was not on two strikes.

She then said he should thank his stars.

“Laycon deserves everything he is getting, If I was not on two strikes, well he should better thank his stars because he is going home tomorrow (Sunday) he is definitely going home, I pray.”

However this has forced reactions from viewers who have clearly stated that it will shock Erica that Laycon would not be going anywhere.

“If only Erica knows how big Laycon is outside. This is a lesson to never look down on anyone” 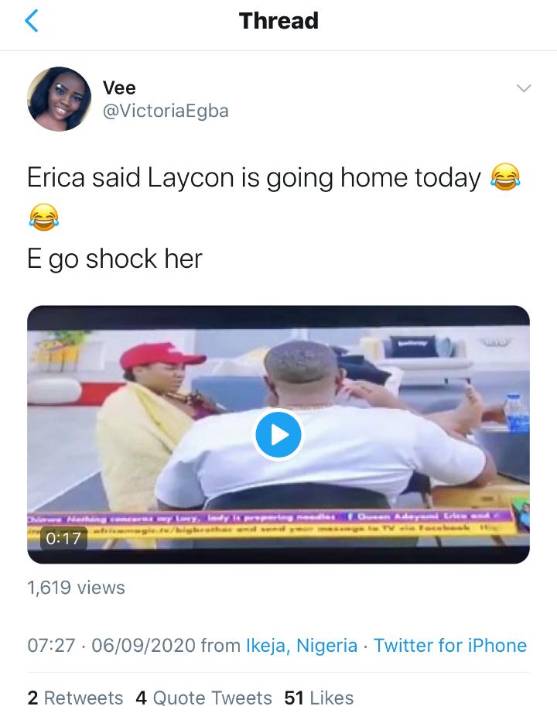 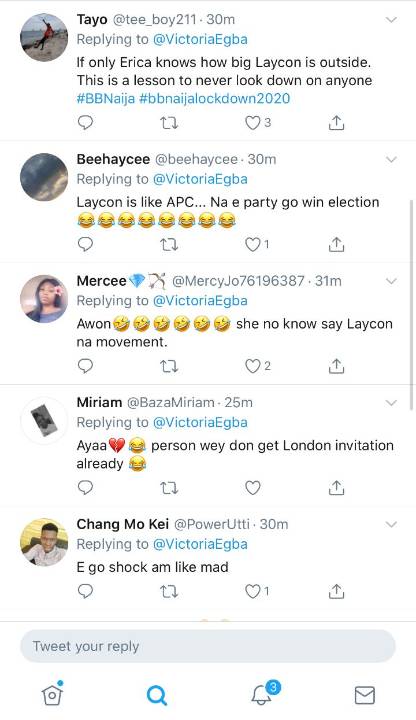 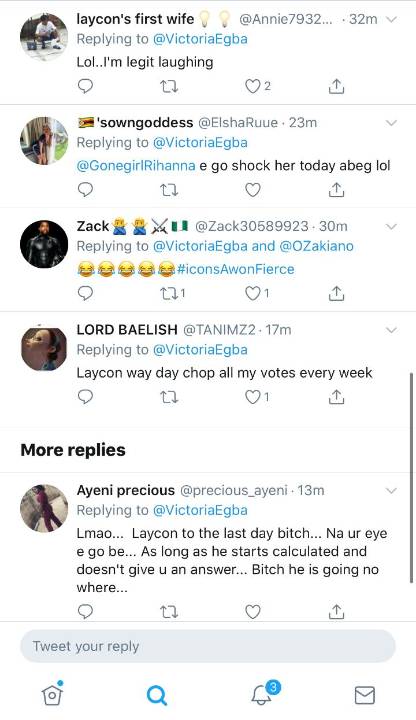 BBNaija’s Nina Knocks follower who called the Range Rover gift from her husband ‘FAKE’
BBNaija’s Dorathy Bachor makes the front page of Uncutxtra Magazine
#BBNAIJA2020: "Lilo Made Me Look Stupid" – Eric Finally Speaks Up
“I Was Once Married, But I’m Single Now And Not Searching” – BBNaija’s Ka3na Reveals

Surely , one day we would see where Erica's Egocentric nature would land her... for LAYCON I stand