BBN JMK receives N1M as birthday gift from fans, gets a shop for her business [VIDEO]
Posted by 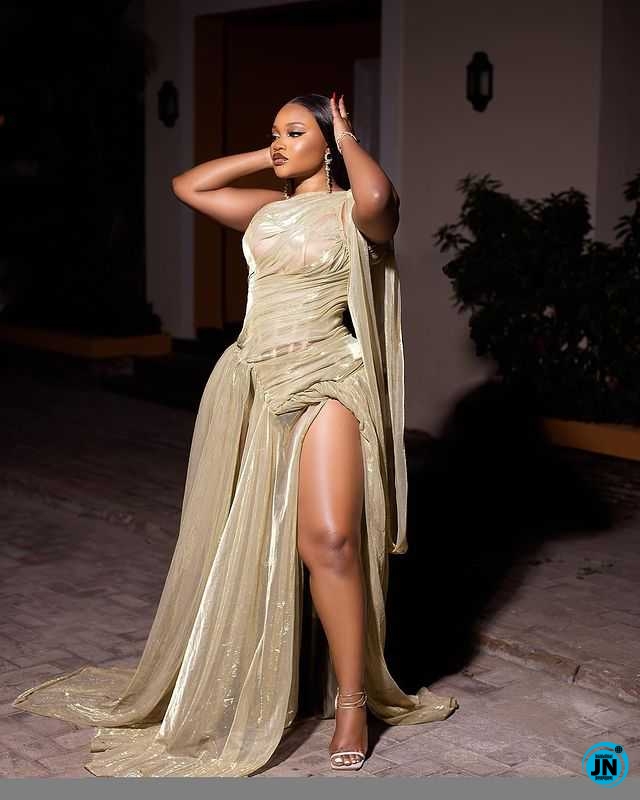 Ex BBNaija Housemate, Jumoke Zainab Adedoyin, who is otherwise known as JMK, has received N1 million from her fans as she turns a new age.

The reality star, who became a new age on Monday, December 20th, and celebrated by opening a restaurant as a birthday present to herself, recently took to Instagram to show off the gift from her fans.

Sharing a video of her restaurant, she wrote,

“It pleases me to say that my birthday wish came through! I am gifting myself the fruits of hard work and genuine value.

Behind the scenes, it’s been tears, pain, and pure stress but today all I see is Joy, growth, and love! @jmk_eats is on ground! We’re Officially launching soon!”

JMK also shared a video of the moment her fans, popularly called the JMKtrybe surprised her with N1M cheque.

Lady asked to write proposal after seeking business funds from husband
Laycon meets the businessman that called him out of being ungrateful
“I Can’t Marry A Man That Doesn’t Own At Least 3 Cars, 2 Houses And 2 Stable Businesses” - Khloe On Her Dream Man
Bobrisky Gets Dragged By A Businesswoman Over N4m Dept, Saying He Breached Their Contract