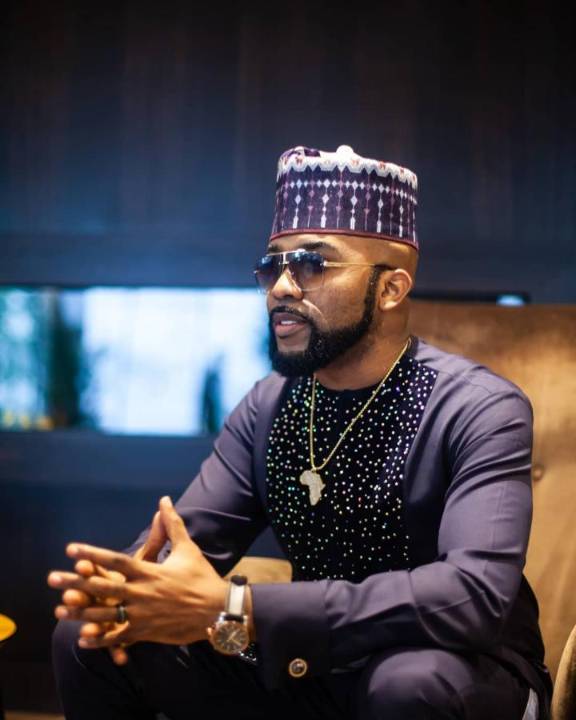 The film is reportedly being janked off Nigerian cinemas for 'potraying' EFCC operations in a relatively 'bad way,' according to reports.

Taking to Twitter & Instagram, Banky W wrote in part: “If you saw @sugarrushmovie and loved it, or if you planned to, please read our statements. We are very hopeful and optimistic that the film will be back on screens in a few days, so please don’t give up on us, and please stay optimistic with us…” 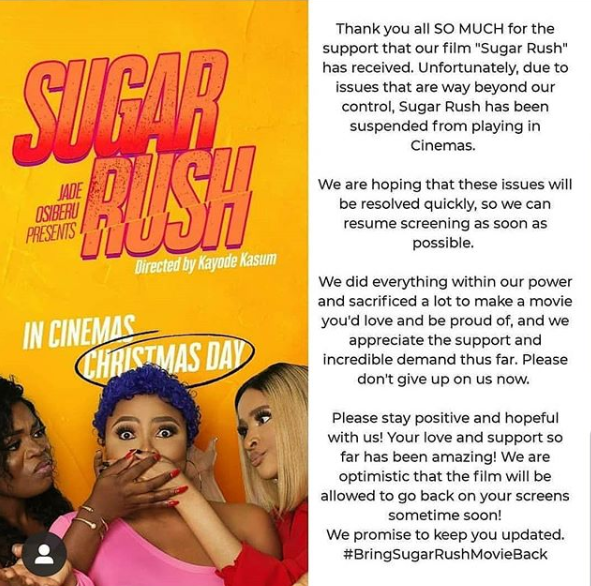 Sugar Rush is a 2019 comedy film by Kayode Kasum from Nigeria. The movie stars Bimbo Ademoye, Adesua Etomi-Wellington and Bisola Aiyeola. The film's theater release coincided with Christmas on 25 December 2019 and it opened up to mixed critical reviews. Notwithstanding the intermingled criticism, the film was turned into a success in the box office and became Nigeria's fifth largest film for 2019.

‘Don’t Let Us Fight’ - Nigerians React As Banky W’s Wife, Adesua Says This About ‘Gbegiri’ (Photo)
“Is This Fake News Too” – Banky W Reacts To Viral Video Of Soldiers Brutalizing Civilians
‘This Touched Me’ - Reactions As Banky W Reveals What Wizkid Was Doing Before He Signed Him (Video)
Banky W Blasts Nigeria For Encouraging Child Marriage (Read What He Said)