Bad Boy Timz has filed a lawsuit against his record label, Anonymous Music, for defamation of character. 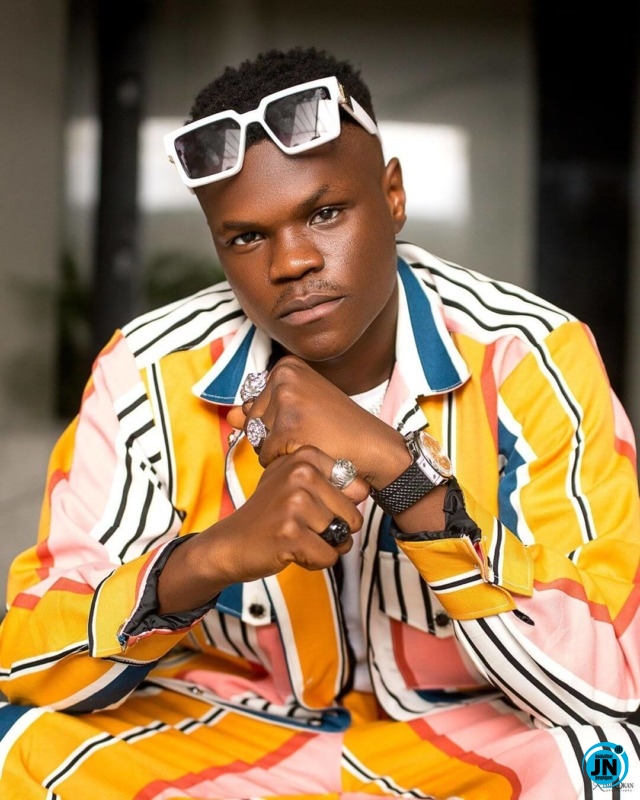 Bad Boy Timz was recently arrested in Abuja for allegedly scamming his record company and concert organizers. You may recall how grateful he was to Davido for securing his release two days ago.

Bad Boy Timz posted to Instagram this morning to announce his departure from his record label and the filing of a #200 million lawsuit for defamation of character. Bad Boy Timz's contract with his record label has expired, according to paperwork issued by his solicitor, Segun Ojo & Co, and his exit is purely contractual and civil.


He further revealed that the management first demanded $160 million in payments for costs and contract refunds from Bad Boy Timz. Bad Boy Timz turned down the claim and re-evaluated the money spent on him. Bad Boy Timz came up with a total of #14 million in expenses and returns that the label is entitled to with the support of his father.

The record label, however, turned down the offer and compelled Bad Boy Timz to exceed the prior figure he had given them. Bad Boy Timz also demanded that the Label record hire an independent auditor to review the company's legal fees and returns.


According to a man identified as  Mr. Temple Egenasi, he confessed that he was tipped to make and post the video of Bad Boy Timz’s arrest. Though Mr. Temple has apologized to Bad Boy Timz, BadBoy Timz’s solicitor is suing Anonymous music for defamation of Bad boy Timz’s character.

Below are their demands

We Therefore Write to demand that you take the following steps within 7 days from the receipt of this letter:


1. A letter from the company jointly signed by Messers. Temple Egemasi and Precious Egemasi to our client containing a suitable apology for the publication of the offensive video

2. The said letter to be published in three (3) different national newspapers.

3. Payment of the sum of #200,000,000 (Two Hundred Million Naira) as damages for the publication of the offensive video and/or any future allegation or action capable of defaming the character of our Client.


Please take notice that in the event of your failure to accede to the above demands against the company and the Egemasis’ which is estimated at about #900,000,000.00. This will be without further recourse to you. We trust that you will not make the legal action necessary. 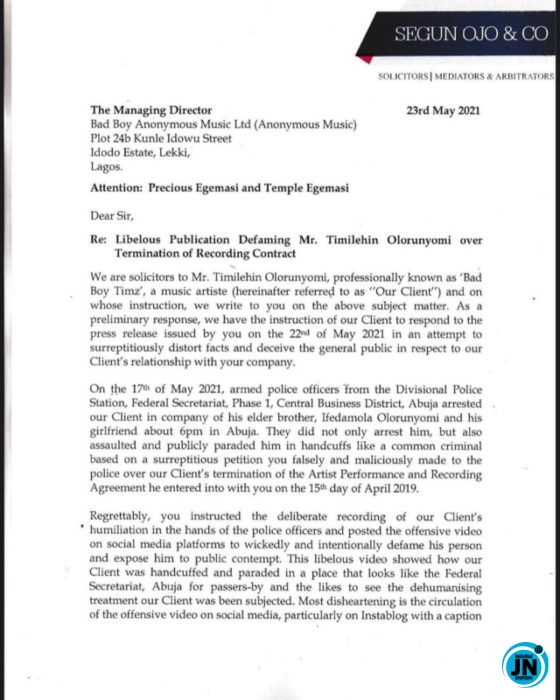 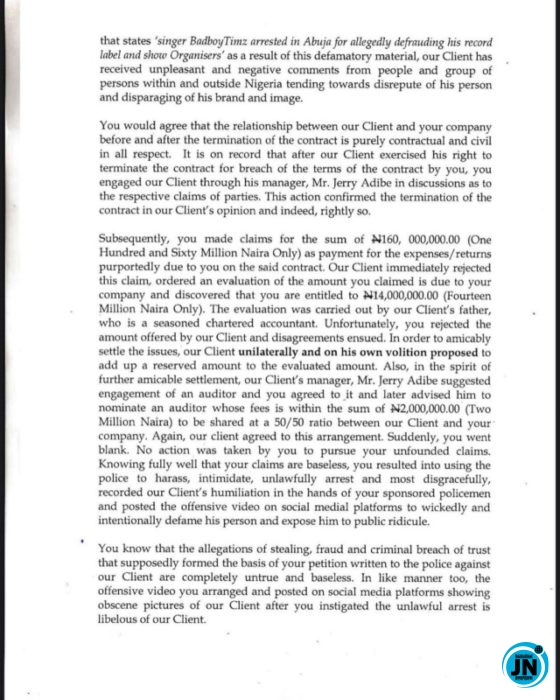 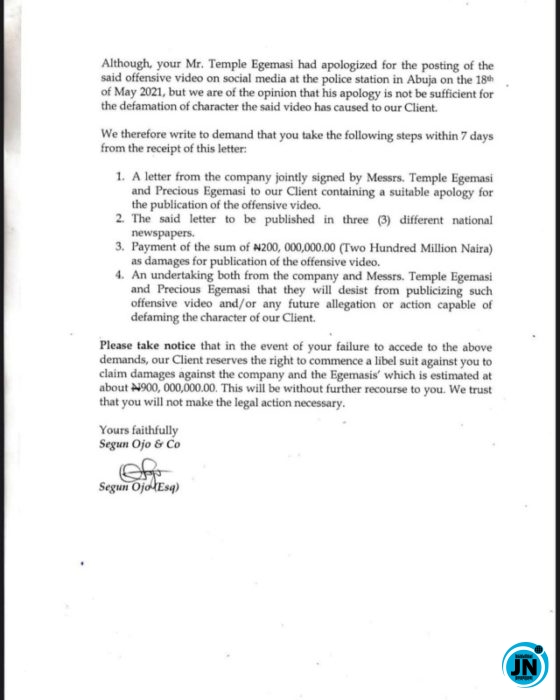