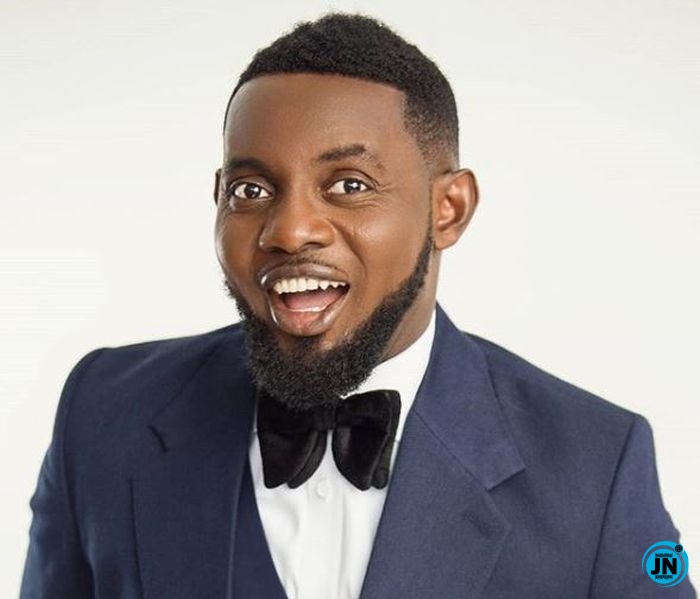 Nigerians on Twitter are currently still blasting AY Comedian for asking them to apply same energy used in calling out Funke Akindele for the “oppressors in Government”.

“YES! NOBODY IS ABOVE THE LAW. BUT I WISH THOSE OF YOU WHO CALLED OUT @funkeakindele CAN DO SAME WITH YOUR COUNTLESS OPPRESSORS IN GOVERNMENT… EVEN WHEN THE SKY IS FILLED WITH CLOUDS THE SUN STILL SHINES ABOVE. FUNKE WILL RISE AGAIN.#LESSONSLEARNT”

This obviously didn’t go down well with some of his followers of Twitter and the dragging began.One. 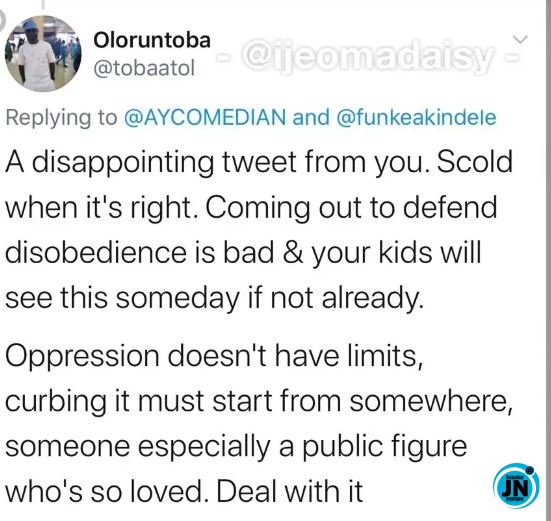 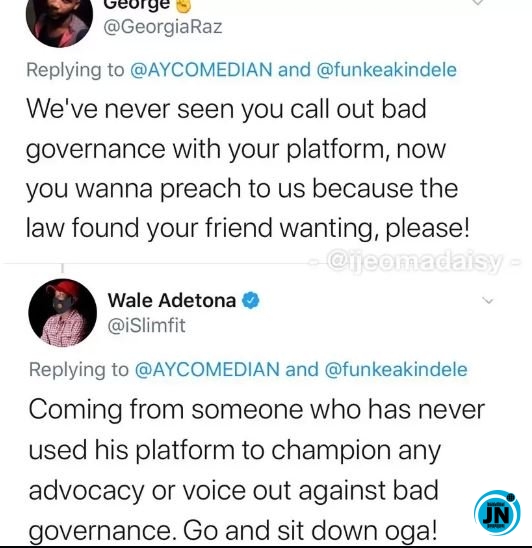 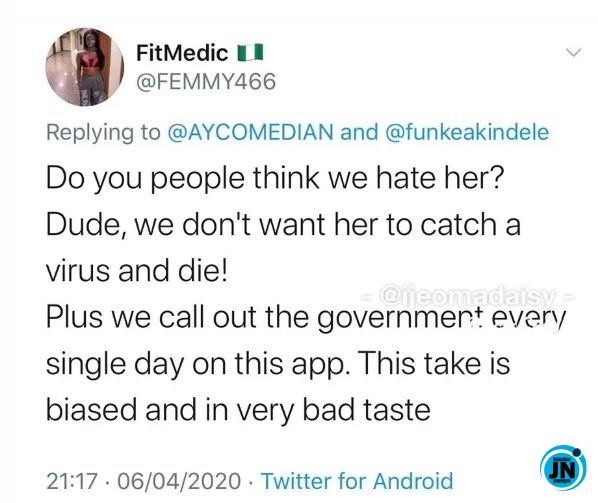 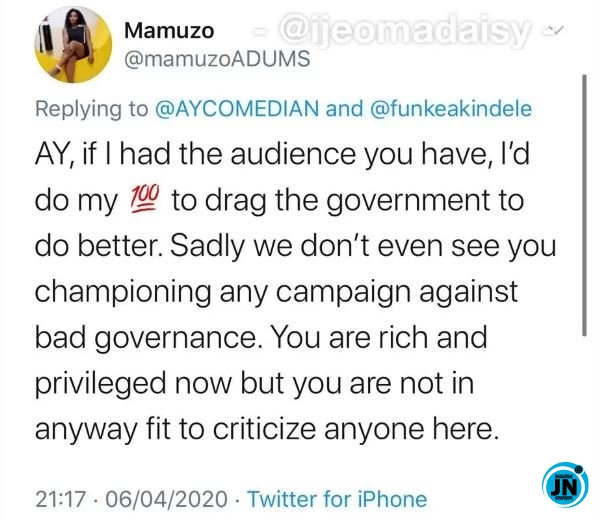 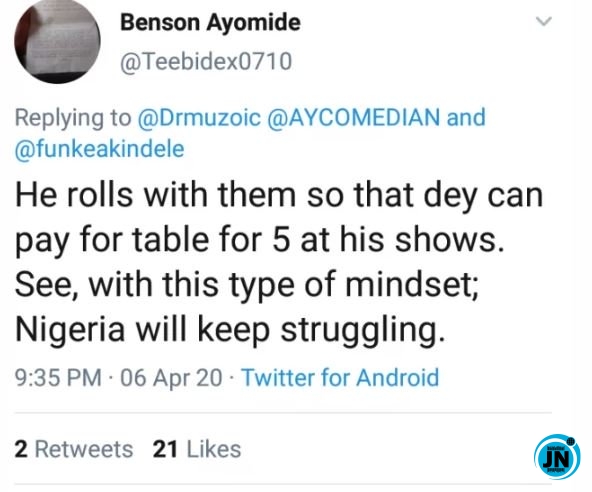 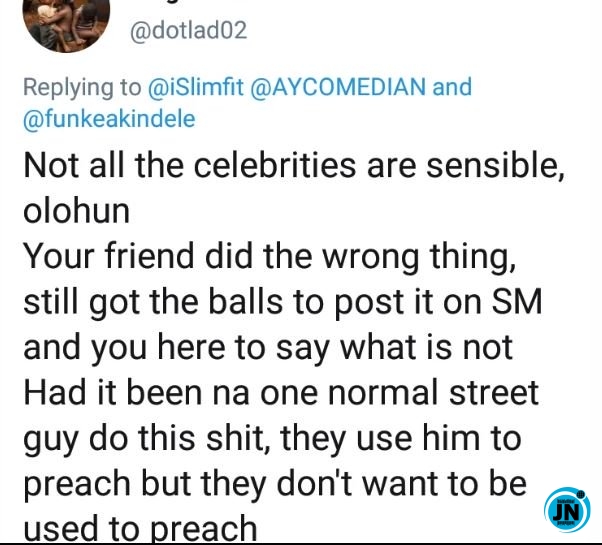 RCCG’s Pastor Adeboye makes interesting revelation about when he’d die
‘I have Sickle Cell’ – BBNaija’s Laycon makes shocking revelation about his thin frame
Egungun Be Careful!!! See What He said about side Chicks - Reno Omokri
Dudu Heritage Opens up finally about his marriage crash with Bimbo Oshin's