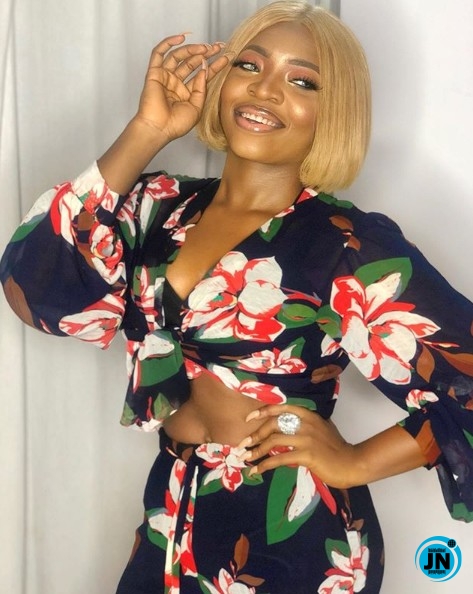 Due to the rise in rape cases in Nigeria, some prominent figures in the Nigerian entertainment industry, has come out to speak about it, or share their own experience to encourage others to come out and also speak out as well, so that the culprit, wouldn't go unpunished.

Another entertainer, and the latest to share her own experience, is comedian and actress, Steph Isuma, whom recalled how she nearly ended her own life after she was raped, in an interview with Sun News.

Narrating her ordeal, the actress said:

“It was just a burden I had carried for so many years. I was depressed for years of my life. I survived it. At a point, I tried committing suicide but I survived it.

I’m actually creating awareness for people to know the effect of this thing called Rape. Another reason why I put it out there was to encourage victims that they are not alone, that indeed the people they look up to also go through stuffs.

We also encourage others to speak out because if we don’t speak out these things would continue. We would have to change the rape culture in Nigeria; reduce rape apologies, stop shunning victims when they speak up for themselves, so that rape issues can reduce".

"If Laycon doesn’t win on Sunday, Ebuka is a dead man" – Lady says (Video)
“I will send you N55K to get rid of that doomed pregnancy” – Lady shares chat with boyfriend who got her pregnant
Do You Agree?? A Child From A Broken Marriage Is Better Than One In Abusive Home – Korra Obidi
Where Is Your Leg And Head Facing? – Mercy Eke Mocks Diane Over Her Edited Photo