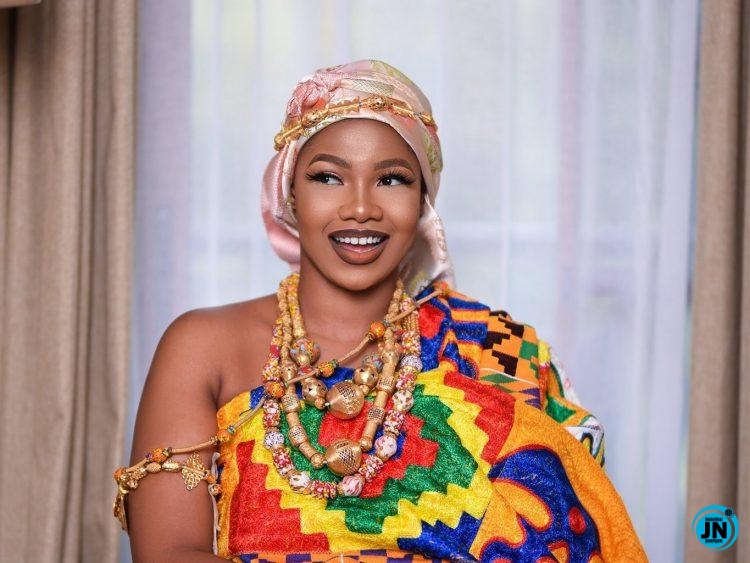 Queen of the Titans, Tacha Akide lost her cool following a public declaration by a troll about how her fans are the most toxic.

The ex-BBnaija star who got disqualified for physical assault during the 2019 edition of the show has since been trailed with ‘having toxic fans.’

In a recent Tweet, Tacha expelled anger on a troll who outrightly called her fans – Titans – the most toxic social media users. 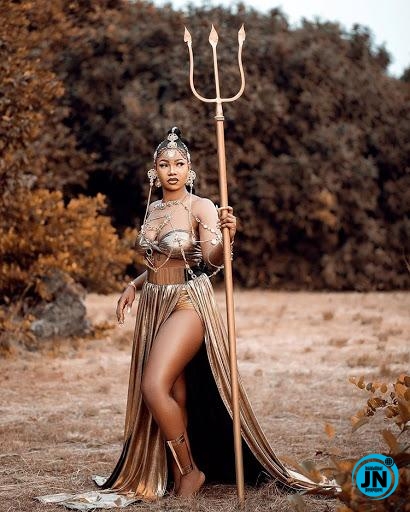 “Erica and Davido fans are the most toxic on this app.”

Taking to the comment session, a troll corrected Uncle Bayotic’s opinion and pointed fingers at Tacha fans instead.

See their exchange below … 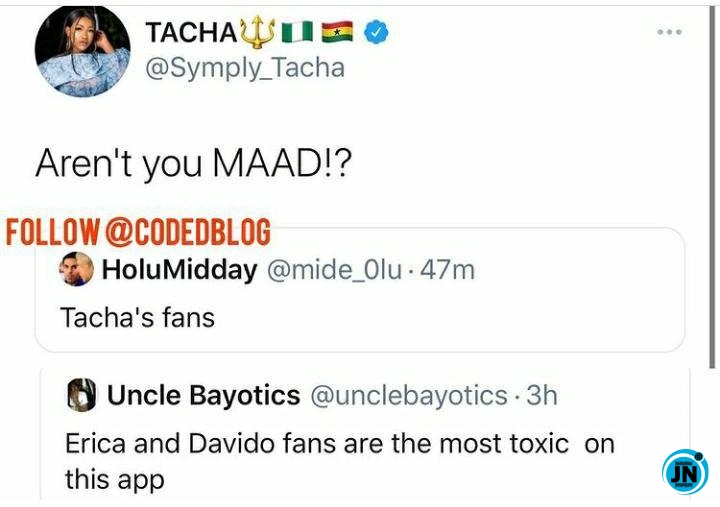 Wizkid Fans Excited As He Is About To Do This Today, October 1st
Fans Reacts To A Throwback Video Of Ebuka Being Evicted From The First Edition Of BBNaija Reality Show (VIDEO)
How Nollywood Actress, Toyin Abraham Broke The Hearts Of Her Fans
‘Don’t let any brand kill you” – Fans begs Dorathy after she was seen in pains during a photoshoot