Amid Sandra’s Claims, Ubi Franklin Shares Proof Of Responsibility Towards Their Daughter (Screenshot)
Posted by 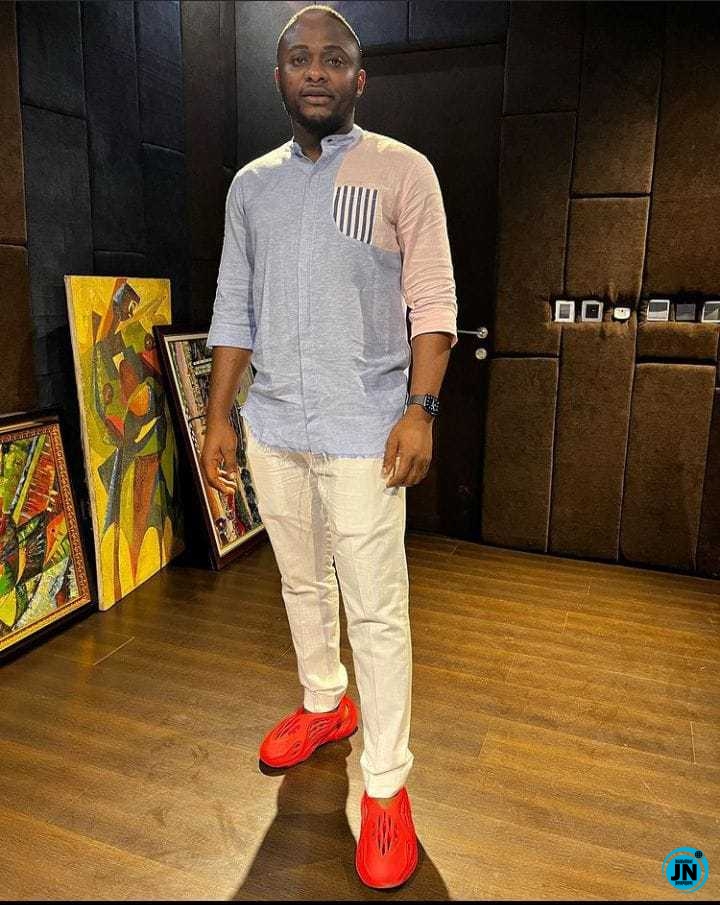 Ubi Franklin, a popular Nigerian music entrepreneur has ignored the stern warning issued to him by his 4th baby mama, Sandra lheuwa, as he goes on to post more pictures of their baby with screenshots to debunk the claims that he refused to take responsibility of the child.

Ubi Franklin’s reactions comes after Sandra lheuwa had called him out for sharing a picture of their daughter on social media despite allegedly not taking responsibilities as a father.

The businesswoman had also alleged that Ubi never gave their daughter a kobo since she was born. 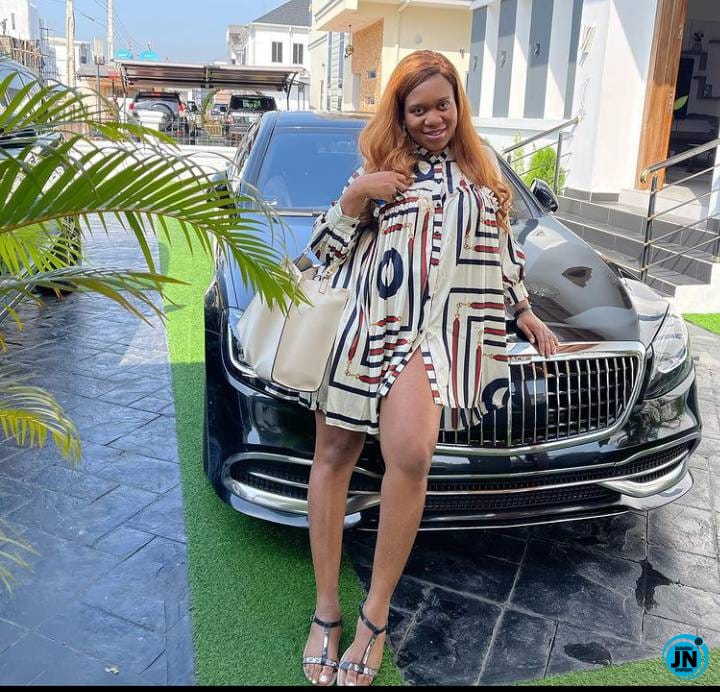 In a bid to debunk the claims, Ubi Franklin dug out a post where Sandra had thanked him for being there for their daughter and also showering her and the child with gifts. 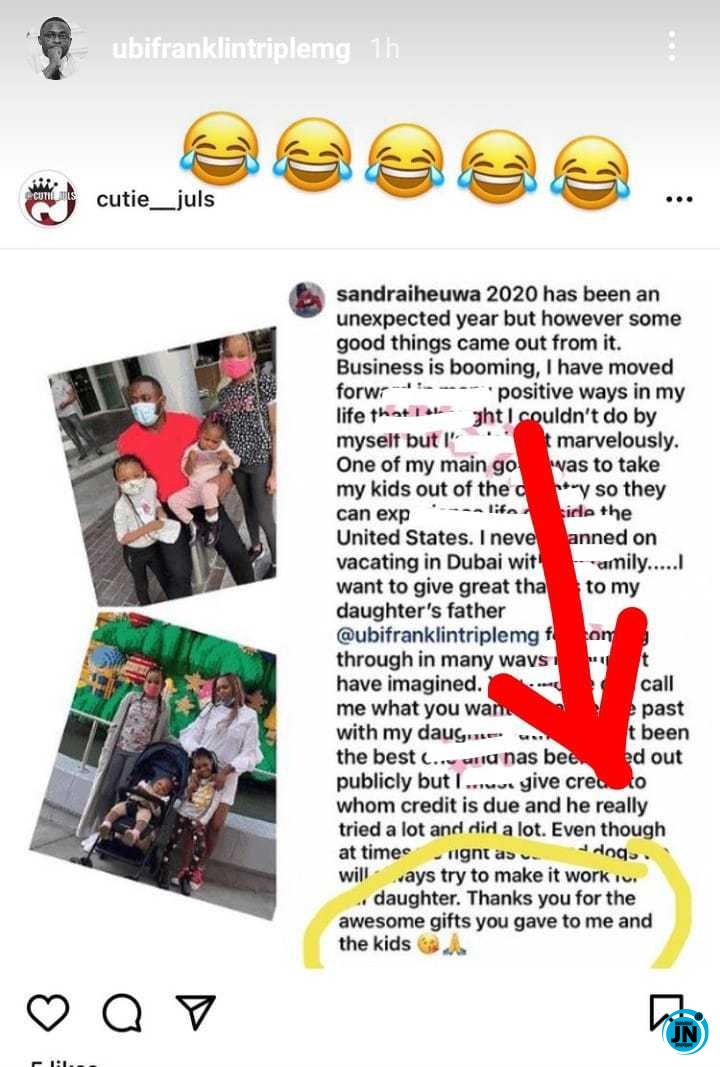 “2020 has been an unexpected year but however some good things came out from it. Business is booming, I have moved forward in many positive ways in my life that I thought I couldn’t do by myself but I’m doing it marvelously. One of my main goals was to take my kids out of the country so they can experience life outside the United States.

“I never planned on vacating in Dubai with my family….. want to give great thanks to my daughter’s father @ubifranklintriplemg for coming through in many ways I wouldn’t have imagined. You people can call me what you want because the past with my daughter father hasn’t been the best one and has been aired out publicly but I must give credit to whom credit is due and he really tried a lot and and a lot.

“Even though at times………………. try to make it work for our daughter. Thanks you for the awesome gifts you gave to me and the kids.”